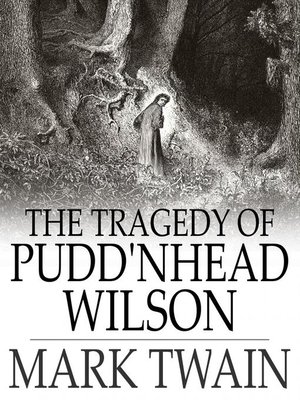 The titular Wilson comes to a small town in Missouri and is categorized as an idiot (pudd’nhead) right from the start, and the name sticks. He gets used to it pretty quickly and the town gets used to his little quirks, like his interest in the nascent science of fingerprinting. Roxy is an enslaved woman who is only 1/16 black with pale skin and light eyes, but due to the one-drop law of the time, she is categorized as black and a slave. So is her son (though he’s only 1/32 black). At the same time as she is nursing her own son, she is also caring for the son of the master of the house, whose mother died in childbirth. Eventually she gets to thinking about her lot in life and that of her son’s, and then it hits her — the two boys look like twins. No one will know if she switches them, ensuring that her son is raised as a white boy with all the riches and privileges that entails. Roxy is granted her freedom a few years later and makes a decent life for herself, until misfortune hits and she decides to let her true son know his origins so that she can gain a bit of his riches. Complication after complication hits: a pair of Italian twins arrive in town and cause quite a stir; there’s a thief ransacking the town; and a duel leads to deadly consequences. Can the Pudd’nhead sort this all out?
As a product of its time, this book is full of racial slurs and stereotypes. However, it is also an indictment of the one-drop rule, which stated that so long as a person had a single black ancestor, no matter how far back in the family tree, that person would be considered fully black. There is also a thread of nature vs. nurture going through the story but it doesn’t really resolve cleanly. In truth, I found it a difficult read and put it down for several months before finishing. Of Twain’s works, this is not one that stands the test of time for me.