The first mystery story was Edgar Allen Poe’s “The Murders in the Rue Morgue.” The genre remains one of the most popular in fiction today. Whether you’re into classic detective stories or modern thrillers, Danville Public Library has what you’re looking for. Here are a few of our most recent mystery acquisitions. 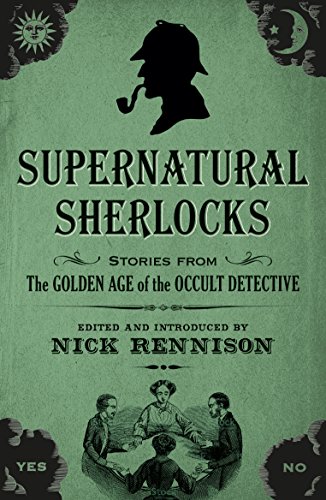 Supernatural Sherlocks: Stories From the Golden Age of the Occult Detective edited by Nick Rennison
“The ghost of a poor Afghan returns to haunt the doctor who once amputated his hand. A mysterious and malignant force inhabits a room in an ancestral home and attacks all who sleep in it. A man who desecrates an Indian temple is transformed into a ravening beast. A castle in the Tyrol is the setting for an aristocratic murderer’s apparent resurrection. In the stories in this collection, horrors from beyond the grave and other dimensions visit the everyday world and demand to be investigated … The period between 1890 and 1930 was a Golden Age for the occult detective. Famous authors like Kipling and Conan Doyle wrote stories about them, as did less familiar writers such as the occultist and magician Dion Fortune and Henry S. Whitehead, a friend of H. P. Lovecraft and fellow-contributor to the pulp magazines of the period. Nick Rennison has chosen 15 tales from that era to raise the hair and chill the spines of modern readers.”–Amazon.com. 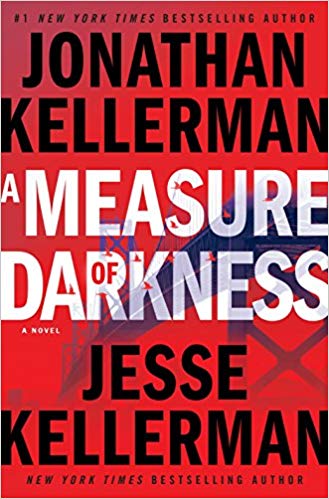 A Measure of Darkness by Jonathan Kellerman and Jesse Kellerman
Clay Edison is busy. He’s solved a decades-old crime and redeemed an innocent man, earning himself a suspension in the process. Then the phone rings in the dead of night. A wild party in a gentrifying East Bay neighborhood. A heated argument that spills into the street. Gunshots. For Clay and his fellow coroners, it’s the start of a long night and the first of many to come. The victims keep piling up. What begins as a community tragedy soon becomes lurid fodder for social media. Then the smoke clears and the real mystery emerges—one victim’s death doesn’t match the others. Brutalized and abandoned, stripped of ID, and left to die: She is Jane Doe, a human question mark. Haunted by the cruelty of her death, he embarks upon a journey into the bizarre, entering a hidden world where innocence and perversity meet and mingle. 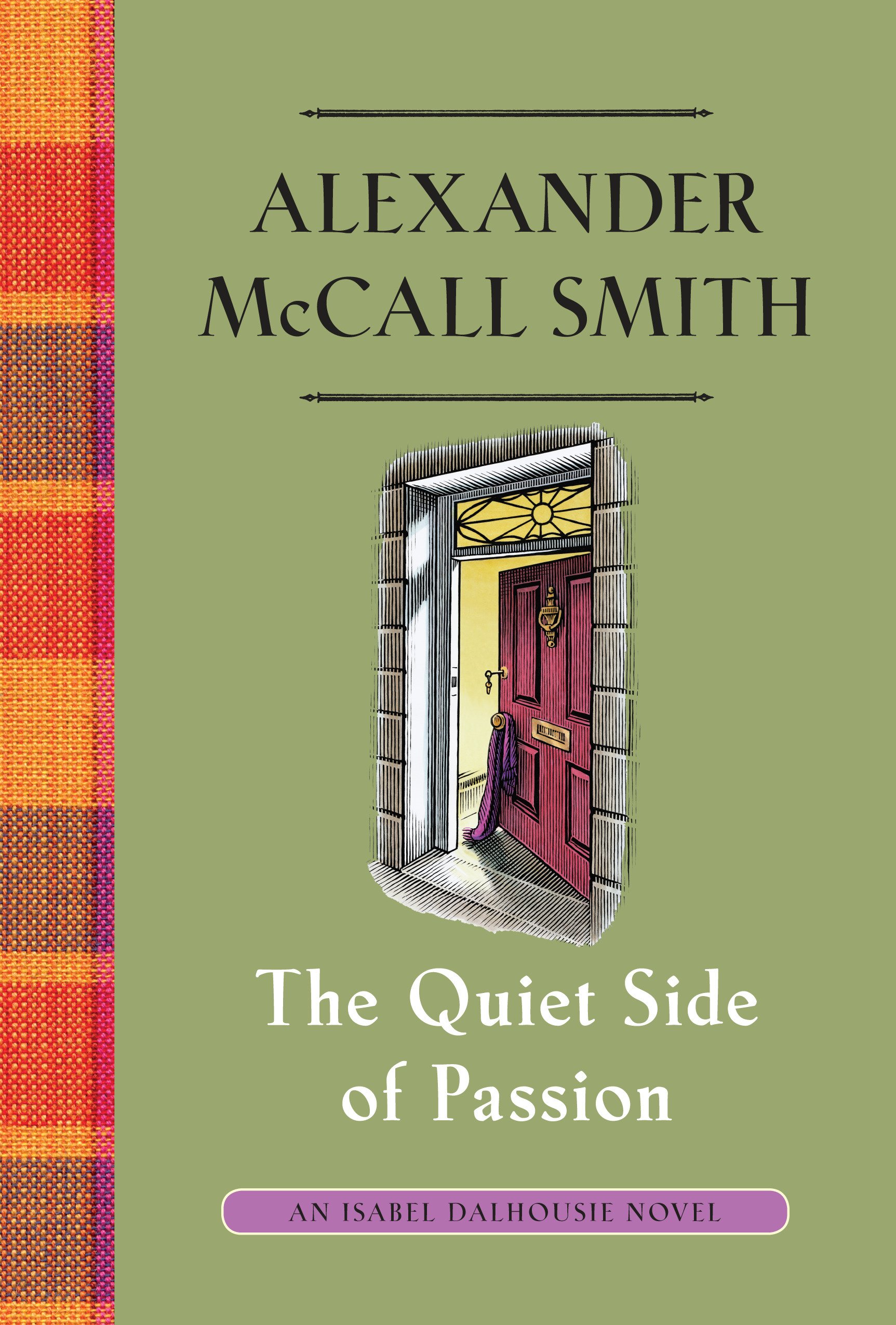 The Quiet Side of Passion by Alexander McCall Smith
With two small boys to raise, articles to edit for the Review of Applied Ethics, and the demands of her niece, Cat, who always needs a helping hand at the deli, Isabel barely has any time for herself. Her husband, Jamie, suggests acquiring extra help, and she reluctantly agrees. In no time at all, Isabel and Jamie have a new au pair, and Isabel has an intelligent assistant editor to share her workload. Meanwhile, Isabel makes the acquaintance of Patricia, the mother of Charlie’s friend Basil. Though Isabel finds Patricia rather pushy, she tries to be civil and supportive, especially given that Patricia is raising her son on her own, without the help of his father, a well-known Edinburgh organist, also named Basil. But when Isabel sees Patricia in the company of an unscrupulous man, she begins to rethink her assumptions. Isabel must once again call on her kindness and keen intelligence to determine the right course of action, at home, at work, and in the schoolyard. 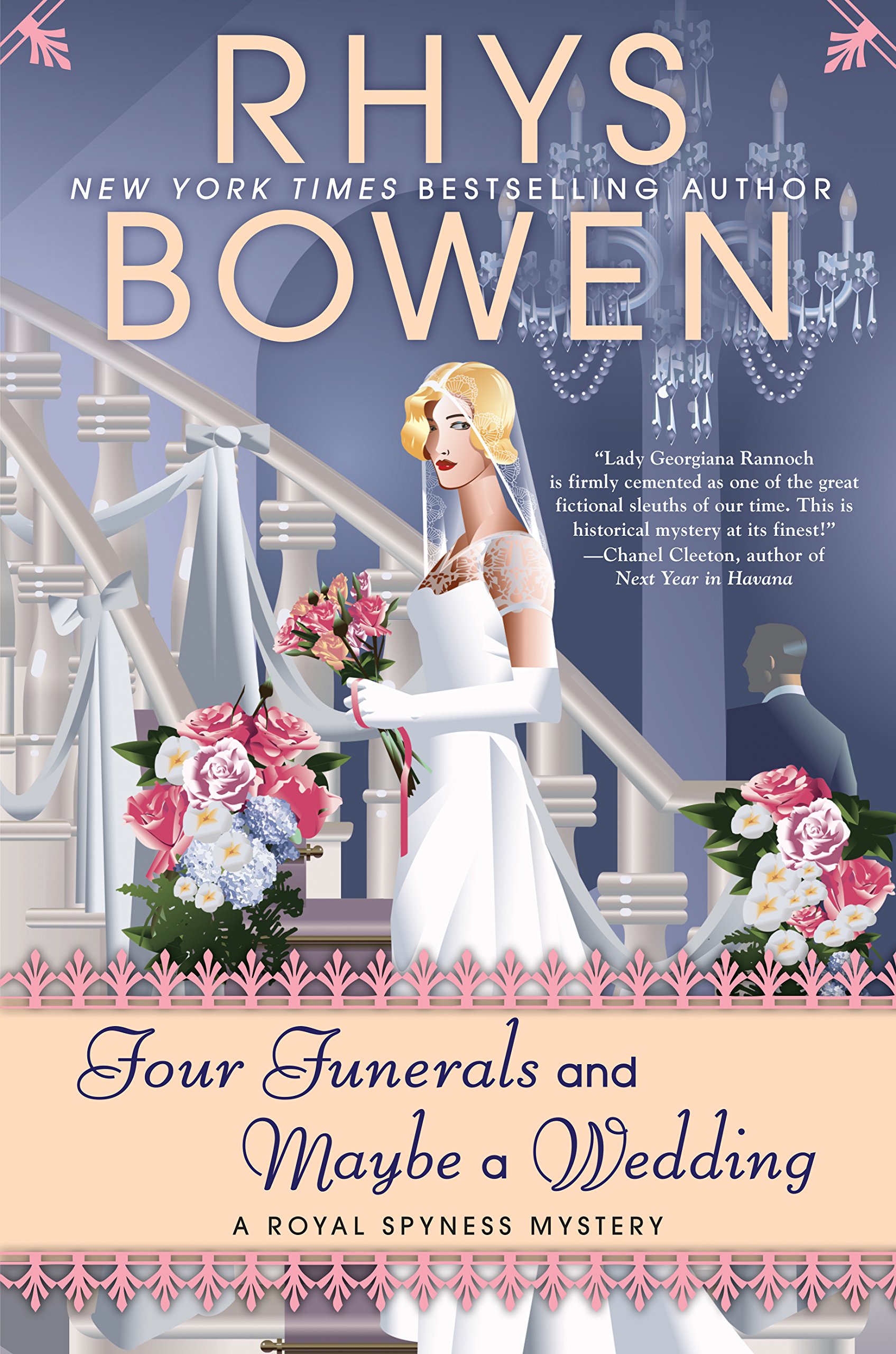 Four Funerals and Maybe a Wedding by Rhys Bowen
In the days leading up to her wedding to Darcy O’Mara, Lady Georgiana Rannoch is staying at the princess’s London house when she receives a letter from one of her mother’s former husbands, Sir Hubert Anstruther. Georgie is now his sole heir, and he’s offering her the use of his lovely country house. However, when Georgie arrives, it becomes clear that she is definitely not wanted in the house. Strange things are happening, including a lively ghost and a less than friendly reception from the new butler. When a body shows up, Georgie realizes that Sir Hubert’s invitation may not have been entirely altruistic and begins to wonder if she’ll even make it to her wedding day. 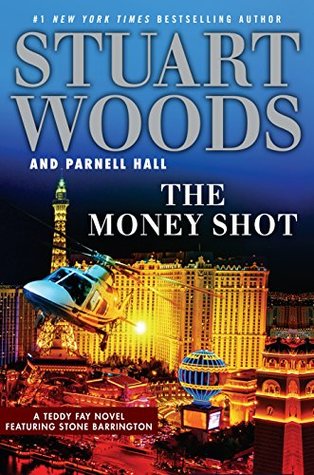 The Money Shot by Stuart Woods and Parnell Hall
Teddy Fay has donned a new disguise–that of Mark Weldon, a stuntman and actor starring in Centurion Studios’ newest film. When the picture’s leading lady begins receiving blackmail threats, Teddy is in the perfect position to investigate, and it soon becomes clear that the villains have more in their sights than just money. What they want is prestige, the cache of a respected studio to lend authority and legitimacy to their artistic endeavors … and a little bit of vengeance in the bargain. From the seedy hidden corners of Los Angeles to the glamorous Hollywood Hills, it will take every ounce of Teddy’s cunning to save an actress’ career, protect the studio, and finish filming Centurion’s next big hit. 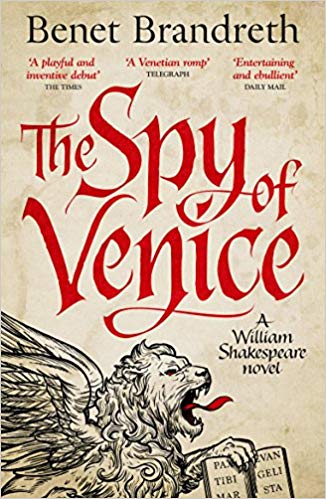 The Spy of Venice by Benet Brandreth
Seeking his fortune in sixteenth-century London, young wordsmith William Shakespeare joins a band of players before he is dispatched to Venice on an assignment that renders him the target of Catholic assassins and a shadowy killer.


Note: All descriptions are from the SHARE Catalog and all book covers are from Google Images.