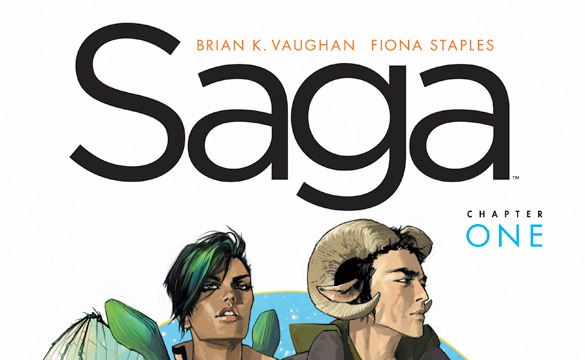 On opposing sides of an interstellar war, Alana and Marko run off and marry, much to their superiors’ chagrin. The story opens with Alana giving birth to their daughter Hazel. The family barely has a chance to savor the moment before they are on the run again. Not only are their respective armies looking for them but assassins as well. This is going to make for a very strange childhood for Hazel, our narrator.

This book is irreverent, funny, gorgeous, and heavily influenced by Star Wars and other epic space operas. Staples’ artwork, particularly in all the fascinating alien designs, is amazing. She blends realism and fantasy in such a way that you can absolutely imagine that a giant spider-lady with eight eyes who wields several weapons in her many arms is an actual real thing you might encounter on an alien world. This is one of my favorite comic series and I’m happy to be doing a re-read while publication is on hiatus.