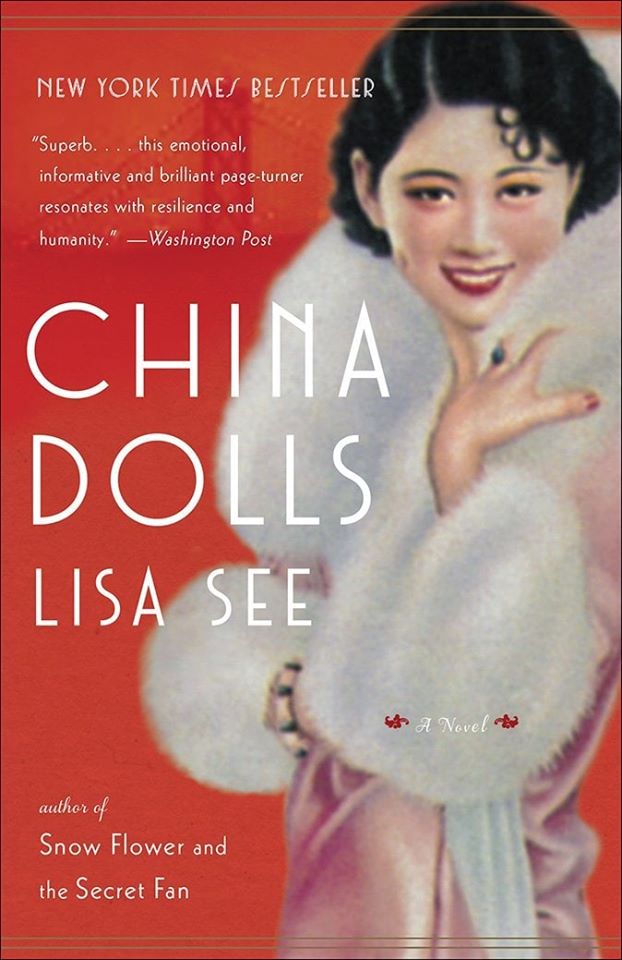 China Dolls explores the world of the 1930’s and 40’s Asian nightclubs in San Francisco. While many people were trying to emerge from the Great Depression by going to see films, while abandoning Vaudeville, the theater was full of great Asian stars who could work as exotic entertainment live while Asian characters were being portrayed by Caucasians in film. In spired by real performers of the era, Grace, Helen and Ruby find themselves able to make a living despite the hardships of racial bigotry (even among different types of Asians), WWII internment camps, and ancient Asian rules of female behavior. Real life actor Jack So makes an appearance in the story tying the story back into American History.

This book I found to be everything a good book should be; fun, scary, suspenseful, sad, and joyous. Definitely a must read.