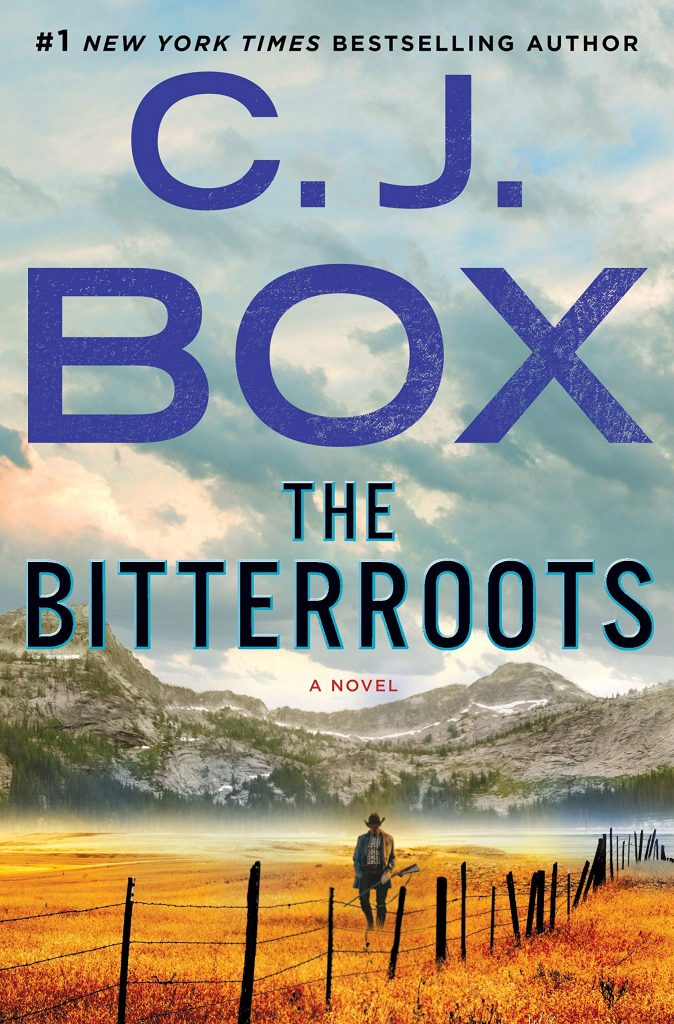 I just finished reading The Bitterroots,  the fourth in author C.J. Box’s series centered around the character Cassie Dewell.    The first in the series is The Highway, the second is Badlands, and the third is Paradise Valley.   In looking for more of his books, I found out that The Highway is being made into a television series by ABC.

In Bitterroots, Cassie, a former police detective turned private detective, takes a job for a defense attorney.  She doesn’t like the woman, but owes her a favor for having helped Cassie’s family.  The job concerns the Kleinsasser clan.  The oldest, outcast, son is accused of raping his niece.  All of the other family members are aligned against him because he had gone away to escape them.  The evidence compiled by the police seems incontrovertible.  As the investigation continues, things are missing and statements don’t match and change.  The setting in Wyoming and Montana seems real and was relatively new for me which made it fun. Cassie wants to reach the truth even though she entered the case with a law enforcement bias.  Her difficult mother and teenage son make her life challenging.  They added to my desire to keep reading to find out what would happen to them next.  The dysfunctional Kleinsassers with the split between men and women led to a surprise ending.

There is an ambiguous resolution and a beginning connection between the detective and the lawyer the series is set up for a continuation.  The first four books have been published two years apart so there may be a while to wait. Depending on the production schedule, the series is supposed to begin this fall.  I’m thinking about reading all four to get ready for the show.