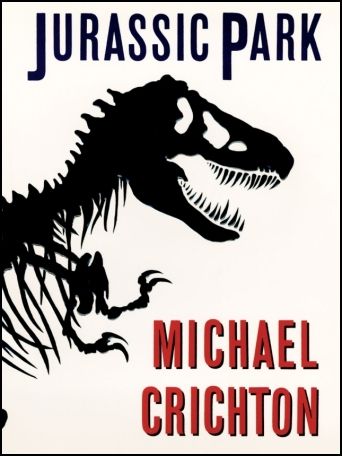 The little book that started the great big franchise, Jurassic Park warns of the dangers inherent in scientific hubris and greed. Just because you can recreate an extinct creature, doesn’t mean you can control it.

Enough moralizing. We’re here for the dinosaurs. John Hammond has built a zoo/amusement park filled with various species of dinosaurs, but there have been a few deaths. Experts arrive to inspect the park to determine its safety. Things go relatively well until the power cuts out and dinosaurs start roaming the park freely. Things are complicated further when they find evidence that the dinosaurs are breeding, something they were designed not to do. This book differs in a few significant ways from the movie, so you may be surprised at who lives and who dies.

I’m going to be completely honest here. This is one of my favorite books. As soon as the film version came out in 1993, I found my dad’s copy of the book and gobbled it up. I’ve read it many times since then, though not in the last 10 years. As such, I found that I had forgotten many of the smaller plot points, particularly those that differ from the movie. It is so worth the re-read. If you’ve never read this book, do yourself a favor and pick it up.