How better to express our emotions and feelings on the internet than with little faces ranging from :p to 😜? Was July 17 the day the first emoji was used, or the day that emojis were invented? Nope. July 17 is frequently the date circled on the calendar emoji 📅, hence the decision to make today World Emoji Day. (Hard to tell on this version, though.) In honor of emojis, take a look at the World Emoji Day website and read one of these books. 😎 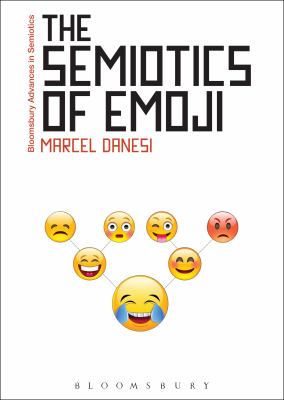 The semiotics of Emoji : the rise of visual language in the age of the Internet / Marcel Danesi.

Emoji have gone from being virtually unknown to being a central topic in internet communication. What is behind the rise and rise of these winky faces, clinking glasses and smiling poos? Given the sheer variety of verbal communication on the internet and English’s still-controversial role as lingua mundi for the web, these icons have emerged as a compensatory universal language. The Semiotics of Emoji looks at what is officially the world’s fastest-growing form of communication. Emoji, the colourful symbols and glyphs that represent everything from frowning disapproval to red-faced shame, are fast becoming embedded into digital communication. Controlled by a centralized body and regulated across the web, emoji seems to be a language: but is it? The rapid adoption of emoji in such a short span of time makes it a rich study in exploring the functions of language. Professor Marcel Danesi, an internationally-known expert in semiotics, branding and communication, answers the pertinent questions. Are emoji making us dumber? Can they ultimately replace language? Will people grow up emoji literate as well as digitally native? Can there be such a thing as a Universal Visual Language? Read this book for the answers. — From publisher’s website. 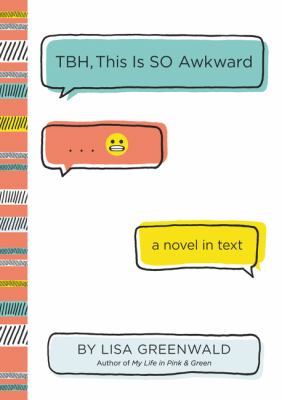 TBH, this is SO Awkward : a novel in text / Lisa Greenwald.

Told entirely in text messages, this addictive new series from the acclaimed author of My Life in Pink & Green To be honest, middle school is rough! Cecily, Gabby, and Prianka have been BFFAE since pre-K, so it’s totally natural when they don’t include the new girl, Victoria, in their plans and group texts.Between organizing the school Valentine’s Day dance, prepping for their first boy-girl party, and trying to keep their texts so boring their moms won’t use spy apps to read them, the friends only have time for each other.But when Victoria is accidentally sent a hurtful text message, the entire sixth grade gets called out for bullying, cell phones are confiscated, and the trio known as CPG4Eva is forced to figure out just how strong their friendships are IRL. 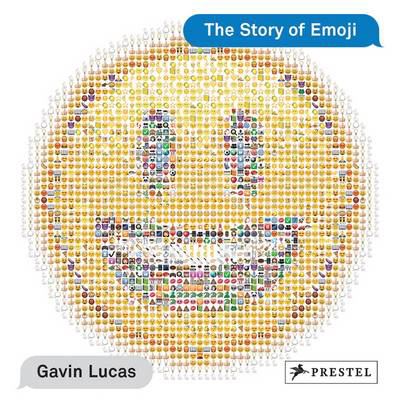 The Story of Emoji / Gavin Lucas.

This is the first book to explain the genesis and cultural significance of emoji, the world’s cutest and most popular form of shorthand. If you have a Twitter account or regularly send text messages, it’s highly likely that you’ve used or received emoji. These characters include symbols and pictograms that represent a host of everyday objects and activities plus, crucially, a selection of faces that denote a range of emotions from happy to sad, angry, confused, surprised, or tired. The word “emoji” literally translates from Japanese as “picture” (e) and “character” (moji). The Story of Emoji traces emoji from their origin as a symbol typeface created specifically for on-screen use by a Japanese mobile phone provider in the late 1990s to an international communication phenomenon. As well as a history of emoji and an interview with their creator, Shigetaka Kurita, the book includes an exploration of non-text typefaces, from the decorative fleurons of the early days of the printing press to the innumerable digital typefaces available today, to the use of emoticons, ASCII art, and kaomoji in typed messages. It also looks at an array of artworks, fashion lines, special character sets, advertisements, and projects that convey emoji’s widespread impact on contemporary culture. Finally, the book concludes with a section for which a group of illustrators, artists, and graphic designers have created original emoji characters they wish existed, including bacon, a vinyl record, and even a “stabbed-in-the-back” emoji“. 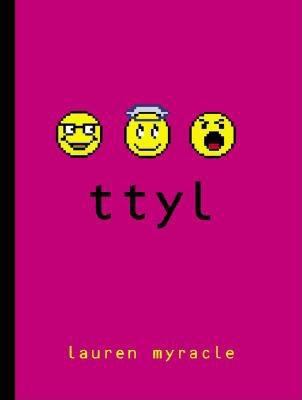 Chronicles, in “instant message” format, the day-to-day experiences, feelings, and plans of three friends, Zoe, Maddie, and Angela, as they begin tenth grade. 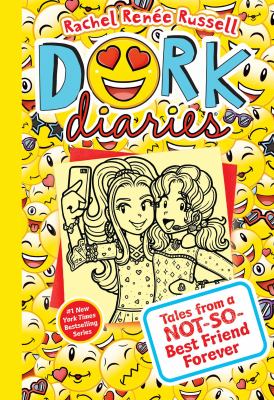 Nikki and her bandmates are looking forward to an AWESOME summer on tour as the opening act for the world famous Bad Boyz! Nikki is a little worried when her frenemy, MacKenzie Hollister, weasels her way into a social media intern position with the tour. But she has a total MELTDOWN when she learns that MacKenzie is her new roommate! Will Nikki survive her dream tour as it quickly goes from AWESOME to AWFUL?! 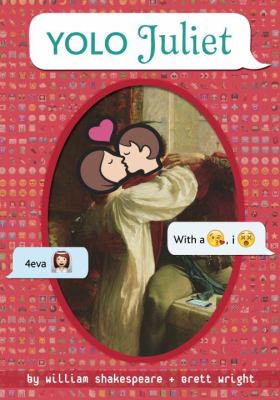 Two families at war. A boy and a girl in love. A secret marriage gone oh-so-wrong. What if those star-crossed lovers Romeo and Juliet had smartphones? The classic Shakespeare play told through its characters texting with emojis, checking in at certain locations, and updating their relationship statuses.