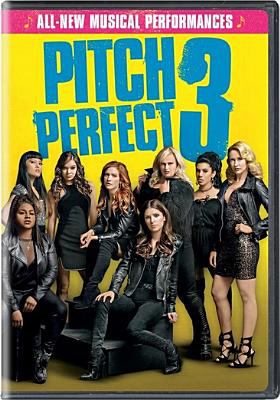 After the members of the former Barden Bellas graduate, they find that success is not as forthcoming. They are all struggling both personally and professionally. They also hate their jobs. Beca and Fat Amy are no longer with their previous boyfriends.

Emily is now the leader of the Barden Bellas and invites the previous members to watch the new Bellas. However, they think that they were reunited to sing. When they go to a bar afterwards to talk about the good old days and how their lives have gone downhill ever since, Aubrey convinces the former Bellas to perform at a USO concert tour organized by her father who is in the military. Emily fills in for Stacie who is pregnant. They find themselves in Spain and meet other bands on the tour who challenge them to singing contests. So, the Bellas are enjoying singing again not realizing their time together is coming to an end.

Unbeknownst to Fat Amy, her estranged father is staying at the hotel. Fergus (John Lithgow) is a ruthless crime lord who wishes to keep in touch with Fat Amy who doesn’t want to have a thing to do with him. Fergus commits a serious crime in order to get his daughter’s attention.

Meanwhile, Beca, who seems the most grounded in finding life after the Bellas, networks with music producers in order to intern.

So, what happens to the girls in the future? Will they ever find happiness with their futures?

They should have stopped with the second movie in my opinion!! Maybe mega fans with the series may have enjoyed it better. Movies that don’t continue strong relationships throughout a series is also frustrating. There were several conflicts that occurred between the girls and family members but there were such unrealistic storylines that detracted from the original core story and group dynamics. Again, the music was great but it didn’t follow as well with the current vibe. For example, SPOILER, Lilly who was always quiet, has been possessed by Satan and her real name is Esther and is now herself. They also make Amy (Rebel Wilson) into an over-the-top action figure. Other non-plausible story lines exist throughout. With that being said, John Smith and Gail Abernathy McFadden-Feinberger (John Michael Higgins and Elizabeth Banks) return in their recurring roles as acapella commentators who are doing a documentary of the former Bellas group. They are always a hilarious duo! I’m hoping there is not a fourth installment anytime soon.