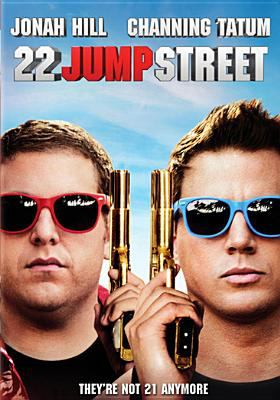 You are “Going to College!” Schmidt and Jenko are finding themselves pretending to be college students in this sequel to 21 Jump Street. The film opens up with the duo attending online college with obvious messages for them in professor’s lectures. They end up working for the Jump Street program after failing to arrest a smuggler by the name of “Ghost.” Captain Dixon (Ice Cube) has them going to an “on-campus” college to investigate a student’s death due to a drug overdose. In this sequel, Jenko (Channing Tatum) gets to live out his dream of playing football and being in a fraternity. He befriends some young men who might be involved in the drug problems that they are investigating. Meanwhile, Schmidt (Jonah Hill) enjoys hanging out with more of the liberal arts type students and falls for a beautiful poetry major who has an obnoxious roommate. Problem is, the poetry major is none other than Captain Dixon’s daughter.

Jenko finds himself longing for a break from his professional partner/life and wishes to continue on playing football seeing where his physical talent takes him. Unfortunately, Schmidt becomes depressed and feels abandoned. It is important that the two find a way to work together in order to bring down the true drug king pin(s).

Without providing spoilers from the two movies, they work seamlessly and hilariously together. There were jokes even about “lack of originality” and “sequels” from the characters themselves throughout. Several of the secondary characters that were in the first movie were used well in the second. Again, the humor was a bit crude and sophomoric but fun for most audiences over the age of 12. For an example, the building that they were originally in has the address of “21” Jump street (being demolished), with the new building that they are in appropriately named “22” Jump Street, with condos that are being constructed with an address of “23”… Another joke is that Captain Dixon (Ice Cube) is given a larger budget in this movie to catch the bad guys and his office looks like a “block of ice.” (Obvious humor inserted.) One will find themselves chuckling throughout the movie to that kind of humor. If one is looking for an academy award winner or an Oscar nominated movie, they will be sadly disappointed.

Make sure to watch the outtakes at the end of the movie.