November is a month set aside to remember all of the people who lived in America first and to celebrate their descendants. Today’s Friday Reads highlights books by Native writers.

A collection of intersecting stories by both new and veteran Native writers bursts with hope, joy, resilience, the strength of community, and Native pride. 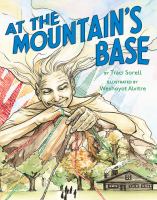 At the mountain’s base sits a cabin under an old hickory tree. And in that cabin lives a family — loving, weaving, cooking, and singing. The strength in their song sustains them through trials on the ground and in the sky, as they wait for their loved one, a pilot, to return from war. 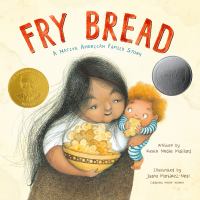 Tells the story of a post-colonial food that is a shared tradition for Native American families all across the North American continent. Includes a recipe and an extensive author note that delves into the social ways, foodways, and politics of America’s 573 recognized tribes.

Apple in the middle / by Dawn Quigley.

Apple Starkington turned her back on her Native American heritage the moment she was called a racial slur for someone of white and Indian descent, not that she really even knew how to be an Indian in the first place. Too bad the white world doesn’t accept her either. And so begins her quirky habits to gain acceptance. Apple’s name, chosen by her Indian mother on her deathbed, has a double meaning: treasured apple of my eye, but also the negative connotation a person who is red, or Indian, on the outside, but white on the inside. After her wealthy father gives her the boot one summer, Apple reluctantly agrees to visit her Native American relatives on the Turtle Mountain Indian Reservation in northern North Dakota for the first time. Apple learns to deal with the culture shock of Indian customs and the Native Michif language, while she tries to find a connection to her dead mother. She also has to deal with a vengeful Indian man who loved her mother in high school but now hates Apple because her mom married a white man. Bouncing in the middle of two cultures, Apple meets her Indian relatives, shatters Indian stereotypes, and learns what it means to find her place in a world divided by color.

Daunis, who is part Ojibwe, defers attending the University of Michigan to care for her mother and reluctantly becomes involved in the investigation of a series of drug-related deaths.

This is an America shaped dramatically by the magic, monsters, knowledge, and legends of its peoples, those Indigenous and those not. Some of these forces are charmingly everyday, but other forces are less charming and should never see the light of day. Seventeen-year-old Elatsoe, “Ellie,” can raise the ghosts of dead animals, a skill passed down through generations of her Lipan Apache family. Her beloved cousin has just been murdered, in a town that wants no prying eyes. The picture-perfect façade of Willowbee masks gruesome secrets, and she will rely on her wits, skills, and friends to tear off the mask and protect her family.

As a leading researcher in the field of biology, Robin Wall Kimmerer understands the delicate state of our world. But as an active member of the Potawatomi nation, she senses and relates to the world through a way of knowing far older than any science. In Braiding Sweetgrass, she intertwines these two modes of awareness–the analytic and the emotional, the scientific and the cultural–to ultimately reveal a path toward healing the rift that grows between people and nature. The woven essays that construct this book bring people back into conversation with all that is green and growing; a universe that never stopped speaking to us, even when we forgot how to listen.