Here at Danville Public Library, we are proud to feature the works of more than 150 local authors. Each Monday, we are featuring one of our beloved local authors by sharing a bit about them and their work.

This week, we feature local author, Ray Elliott. We asked him a few questions about his past and present work, his favorite books, and what his writing process is like. 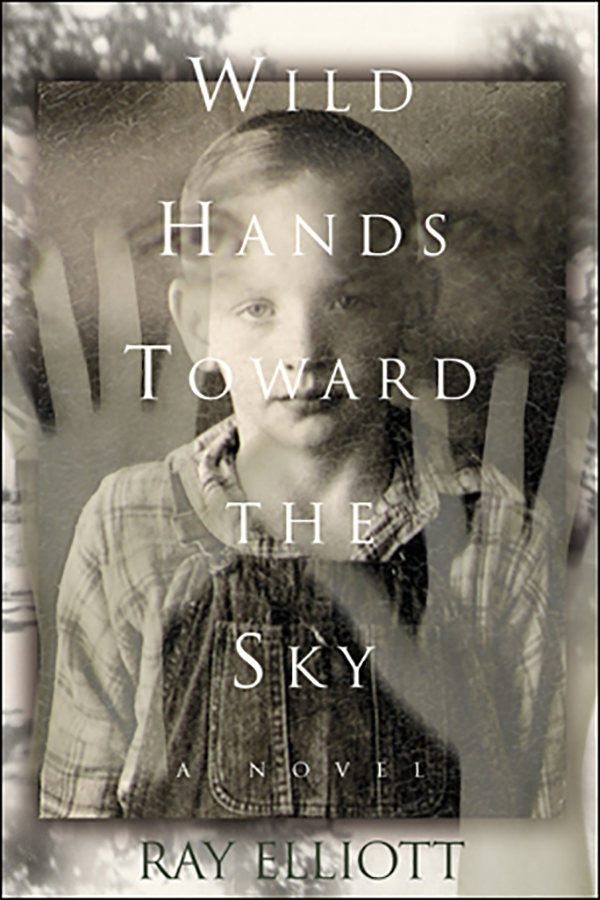 What made you decide to start writing? Did you (or do you currently) have another career?

I’m not sure when I decided to start writing, but reading had a lot to do with it. We didn’t have a television at home until I was 14, so we read newspapers, magazines and books. My father would read western books, sometimes two in a Sunday afternoon and evening. He passed books along to neighbors and got some from them. Our next-door neighbor would read a book and write “Red” on it before passing it on. I asked him why he did that. “Because I ‘red’ it,” he said.

I also got books from our one-room schoolhouse library, which consisted of a book shelf on one side of the boys’ cloakroom and another in the girls’ cloakroom. Books transported my mind out of that little village of Bellair, Ill., and into the bigger world. Novelist James Jones, who was from the nearby small town of Robinson, had written about the peacetime army in Hawaii just before the 1941 attack on Pearl Harbor in his National Book Award winner, From Here to Eternity, and a movie was made from it. By then, I was hooked by the desire to write.

While continuing to read and hone my writing through the years, I had gone out into the world and joined the Marine Corps, graduated from college, worked as a correctional counselor in a maximum-security prison, and then taught English and journalism in high school, journalism in college, wrote a daily newspaper column one year while teaching, and edited several publications and newsletters—in addition to writing novels and helping others publish their works.

What do you love about writing? What is challenging about it?

I love being alone with just the computer and me, pecking away to get whatever it is that I’m writing from my brain down through my fingers and onto the screen and seeing it fill up with my words is a feeling of elation, especially when it says exactly what I wanted to say. What is challenging about that is getting the words on the screen to match what started out in my brain and to make sense and flow smoothly so the reader doesn’t get mixed up as the narrative unfolds.

Do you have a writing routine? Daily? Whenever the fancy hits you?

My writing routine varies according to what I’m writing. I visited novelist and playwright Jon Shirota, the last member of the Handy Writers Colony in Marshall, Ill., started by Lowney and Harry Handy and James Jones, to attend one of his plays in Los Angeles. He once asked me why I hadn’t been in the Colony. Good question. He gave me copies of the letters he received from Lowney as he corresponded with her about attending the Colony. I read them on the flight home, was inspired, and told my wife I was going to write a novel in the post-war period about a boy growing up around World War II veterans,  get up at 4:23 a.m., a date that corresponded with my birthday, and write 1,000 words a day, seven days a week. And I did for the next six months until I had a complete draft.

I like to write anything that reflects the reality of life constructively and honestly. I loved the story I was writing (Wild Hands Toward the Sky) about a young boy during World War II whose father had been killed on Guadalcanal before the boy remembered him. The boy spends the early years of his life around the World War II veterans while he seeks to understand the kind of man his father had been. It was challenging to keep to that schedule. But I did. I always quit at around 1,000 words when I knew where the story was going, so I didn’t have to sit and stare at a blank screen the next morning. I followed the same 4:23 a.m. daily schedule while writing the draft of my next book, Iwo Blasted Again. I no longer get up so early and work on whatever there is to do.

Which of your books gave you the most pleasure in writing? Which was the hardest?

Wild Hands probably gave me the most pleasure in writing because it was based largely on my growing up in the period I was writing about, knowing many World War II veterans, families and children who lost their fathers in war. The book is a good “slice of life” about a period when America could have gone the other way had it not been for everybody pulling and working together for a common goal—freedom, for which we should have eternal gratitude. But each of the other novels, Iwo Blasted Again and With the Silent Knowledge gave me pleasure, too; otherwise, they would never have been published. I wouldn’t have finished them.

What’s one piece of advice you’d offer to young or beginning writers?

For young writers, my advice is simple: Read and write regularly. In my high school English classes, we read and discussed novels, short stories and poems, and I assigned the students to write 250 words a day about whatever they wanted. And I used one of Lowney Handy’s methods and had them copy a short Ernest Hemingway story, A Day’s Wait, and then tell me what they learned about writing by doing it.

You’re stranded on an island with one book (written by another author). Which book did you bring?

I’d hate to be stranded on an island with only one book, and I’d undoubtedly say different books at different times. But at the moment, I think I’d pick Mark Twain’s Huckleberry Finn. I know of no other book that deals with the realities of life any better or more honestly. Of course, there are hundreds of books that are great.

Any books in progress at the moment? Expected publishing date?

The only books in progress are a collection of articles from the 27 issues of the Tales from the General Store cultural journalism project (www.talespress.com) I edited and wrote articles for and a personal memoir. Other Tales Press books and projects are also on our website. Plans are for the Tales book to be published later in 2022. The memoir may not get finished or published if it is.

We’re so grateful for this author’s participation in our Local Author Spotlight post. Be sure to check out Ray’s books at Danville Public Library!