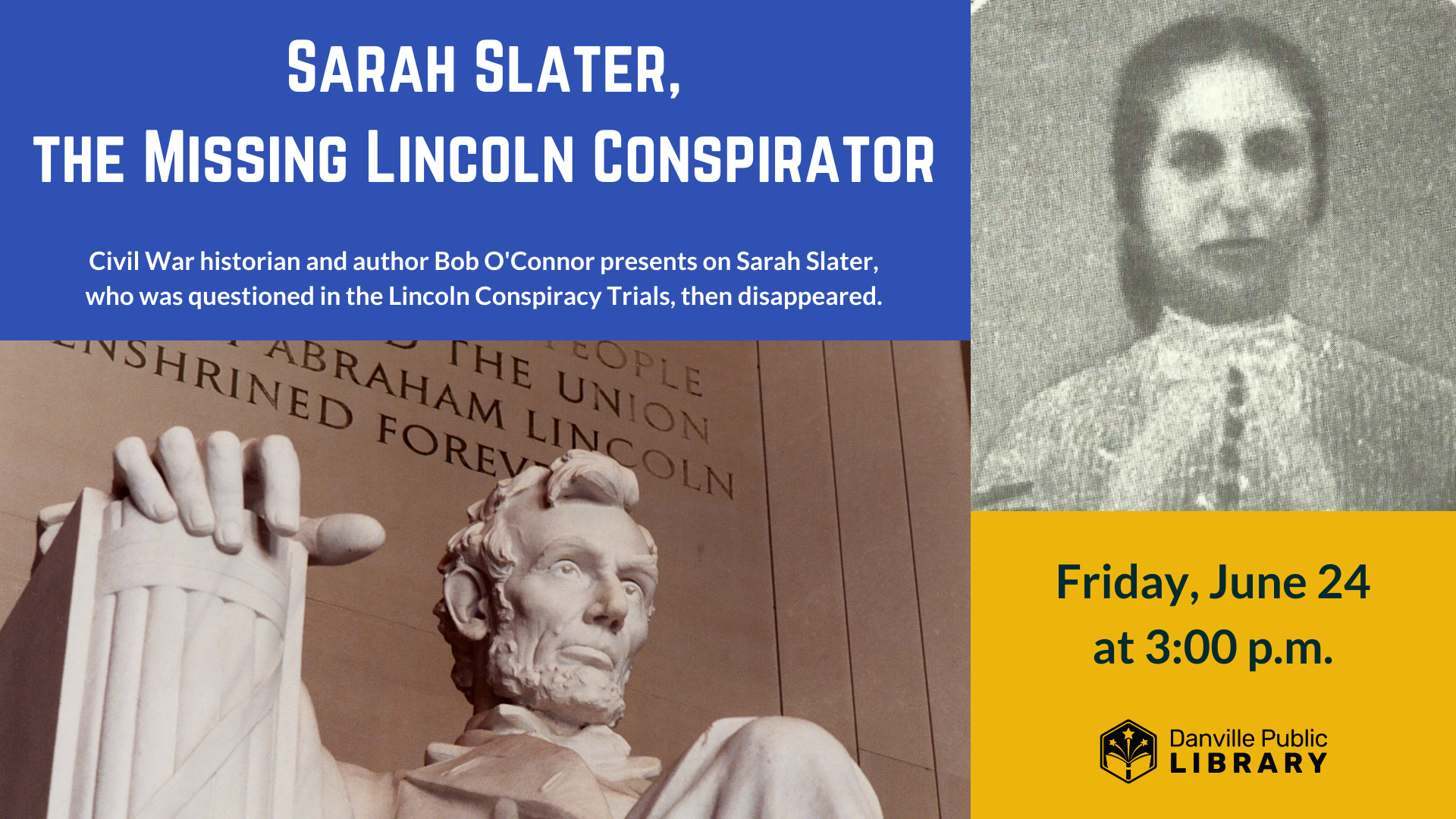 Bob O’Connor is a historian, speaker, and author of Civil War books. He will be presenting his research on Sarah Slater. Mrs. Slater was a courier for the Confederate government, carrying messages three times to and from the Confederate Secret Service in early 1865. During those trips, she stayed overnight at the Surratt Boarding House in Washington and was affiliated with both John Wilkes Booth and John Surratt, Jr. Mrs. Slater was mentioned by several witnesses in the Lincoln Conspiracy Trials, was arrested and questioned, was released, and then disappeared. At the same time of her disappearance, over $400,000 of money from the bank account of the Confederate Service also disappeared. Coincidence?