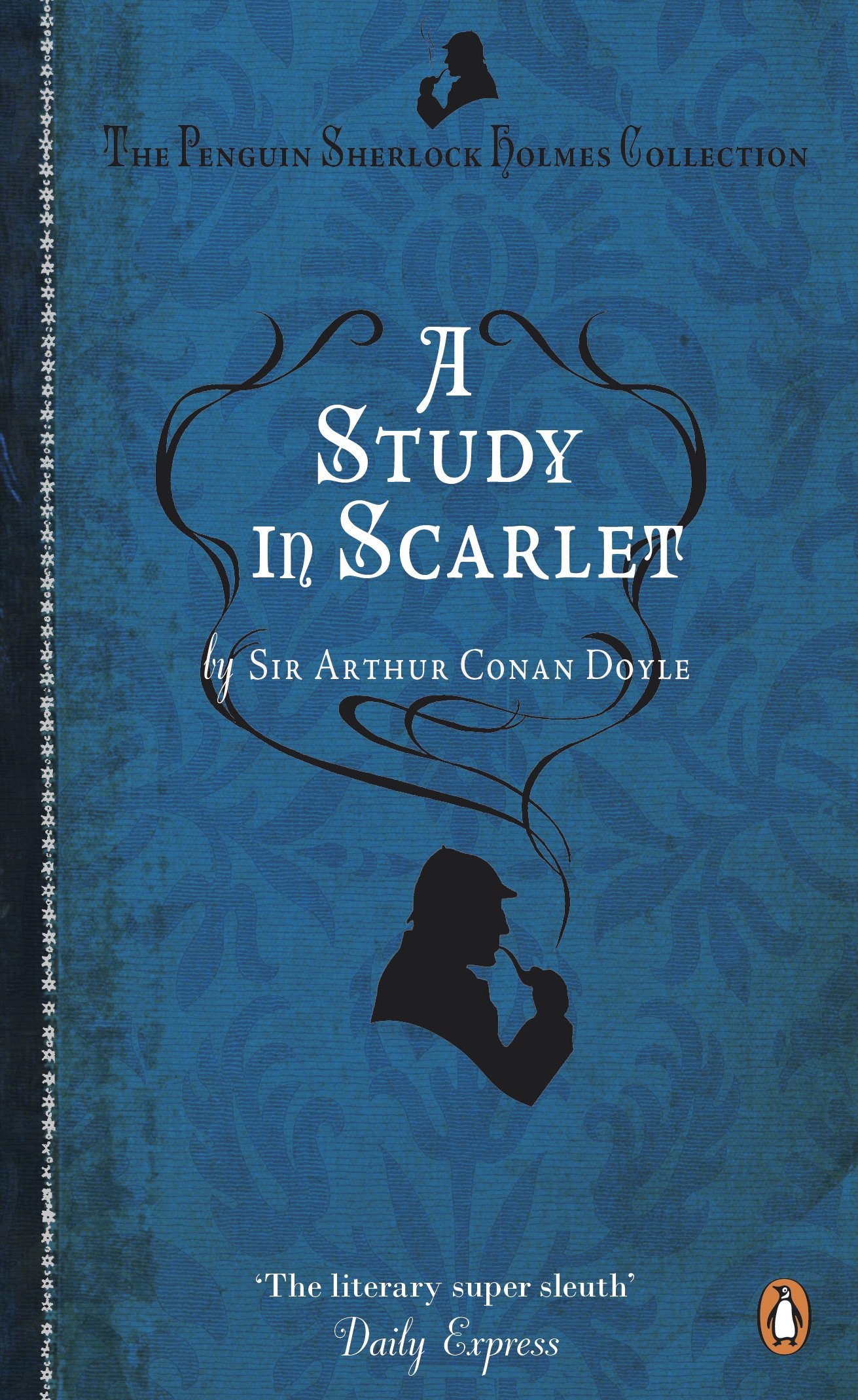 This is the first novel featuring Sherlock Holmes. As an introduction, it’s perfect. Almost. The book comes in two parts. The first part is Holmes meeting Watson and working their first case together. The second part follows the story of the murderer, detailing his background and motive. At the end of that section the two stories join and the murderer relates his tale to Holmes, Watson, and the police.

The first part is obviously the best, since it features Holmes. After all, he is the reason I read the book, so it was a little disappointing to have him absent from nearly half of it. On the other hand, this is the first Holmes book, so Conan Doyle had very little way of anticipating the draw his detective would have on the audience.

I already know the character so well, from a variety of film and TV adaptations, that I couldn’t help but smile at everything that I recognized and all the little details that I knew would figure in later, like testing poison on Watson’s dog. I highly recommend this to any Holmes fan. The book is fast and fresh. It may be over 100 years old, but it doesn’t feel like it. Go for it!

Little House on the Prairie 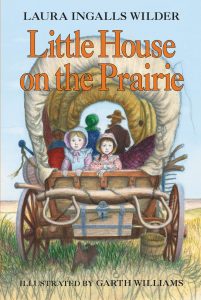 My soon-to-be 80-yr.-old cousin mentioned to me that she had read Little House on the Prairie as a child and enjoyed it so much. She wanted to read it again. I found her a book that was as close as that 1950’s copy as I could get. Of course, before I mailed it off to her, I just had to read it myself again! What a joy!

Something special happens when you read a children’s classic through adult eyes. You see everything in a new light. I appreciate the author’s choice of words, her descriptive phrases and her development of the characters. I see the events in the story through my knowledge of the time period but as told by her as a young child. I marvel that she can recall these every day events from her childhood growing up on the Western Frontier and present them in the way that puts us, the readers, into the story, reliving it with her.

Laura Ingalls Wilder published the first book in the series in 1932 when she was 65 and completed the last book when she was 76. It took her years to work and rework her autobiography into the beloved “Little House” series that has endeared us to her.

I must admit that I already have images in my mind of the characters and they look a lot like Michael Landan, Melissa Gilbert and the others from the classic television show “Little House on the Prairie.”

I also must admit that I am now reading the whole series from start to finish and enjoying it very much. If I must cozy up with a good book this winter, this is a great series to keep me company! 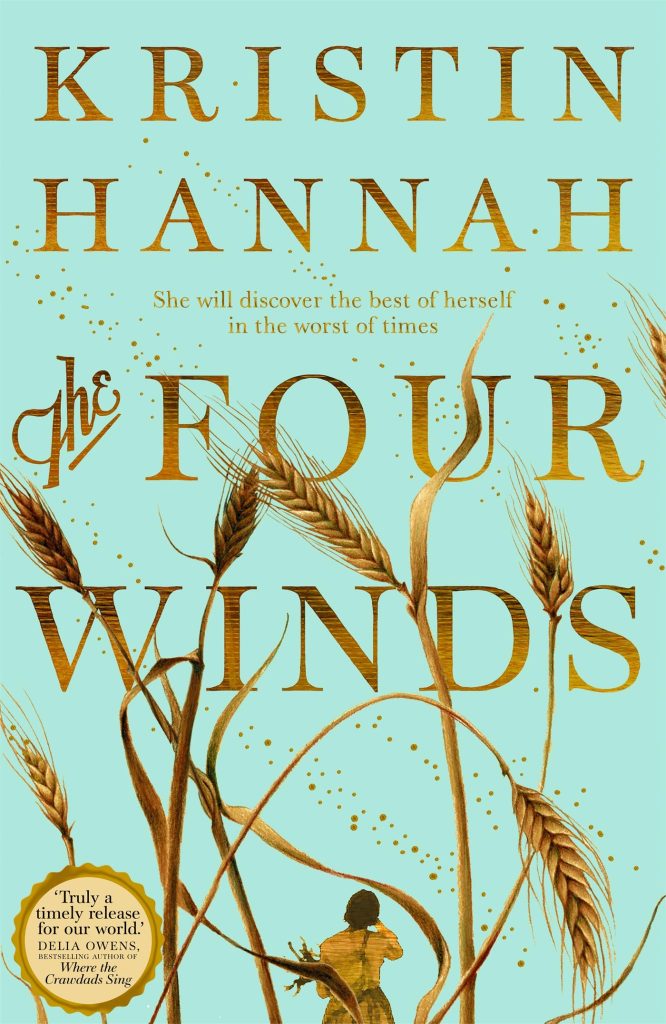 The Four Winds, by Kristin Hannah

A book about a mother and her daughter. A love of the land, a desire to be desired. This book is a testament to the power of the American dream. A mother who goes west after the Dust Bowl of the 1930s is starving out her family only to find a depraved situation and struggle in California. A will to live and never give up. She chases the American dream, fights for a chance of a better life and survival for herself and her children.

This book is one of the most powerful books that encapsulates the human spirit. An easy comparison for readers to draw from the Dust Bowl of the 1930s and the 2020s coronavirus Pandemic. Americans are nothing if not resilient in the pursuit of our dreams and the desire that the next generation should have so much more than we did.

-Review by Alyssa Staley, on Beanstack 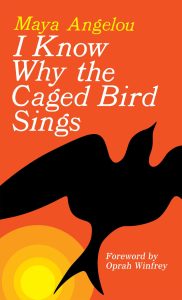 This week, we review Maya Angelou’s book, I Know Why the Caged Bird Sings.

“In her own words, Maya describes her childhood and all the adults that influence her. The revolving door of adults takes a toll on a girl. Maya’s life is unique but relatable. Her prose and insight into life make for a beautiful coming-of-age journey.”

Review by Alyssa Staley, on Beanstack. 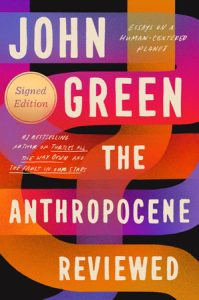 Humanity really is the only thing that ties together all of the reviews which range from Diet Doctor Pepper to the opening to the Penguins of Madagascar to the now-extinct Kauaʻi ʻōʻō. The book started out as a podcast and it shows- each chapter can be read as a standalone in no particular order. The only sense of progression in time through the book is the references to the COVID-19 pandemic scattered throughout, from the early chapters where lockdown has just started to the ending where John talks about humanity’s triumph over smallpox through vaccination and the hopefulness that came with the beginning of the vaccine rollout at the beginning of the year.

The episodic origins of the essays played a hand in how I read (listened to) this book. Rather than wanting to read through the relatively short book in one setting, I found it enjoyable listening to a few essays a day over the course of a couple of weeks.

For a book of “reviews”, the Anthropocene Reviewed is a deeply personal book. Though each chapter includes a history of the thing being reviewed, it also includes John’s personal experiences and thoughts on the subject. These are not unbiased reviews, and the book is the stronger for it.

Something to note for regular readers of John Green: The Anthropocene Reviewed is written for an adult audience, not Green’s normal young adult audience. There isn’t anything objectionable in The Anthropocene Reviewed that readers wouldn’t find in Green’s YA books, but the tone is slower and more contemplative than your typical YA book. It also has some heavier themes of death and depression that aren’t addressed in a way that’s inappropriate for teens, but the discussion is geared towards a more mature understanding of the topics.

Despite the fact that The Anthropocene Reviewed goes over humanity’s many failings, it never fails to bring a hopeful perspective to the human experience. Humanity has had many dark days, and a lot of them are of our own doing. But Green never fails to point out that humanity is also strong, resilient and hopeful.

I give The Anthropocene Reviewed 4 stars.

I listened to The Anthropocene Reviewed on the Digital Library of America. It was read by the author. 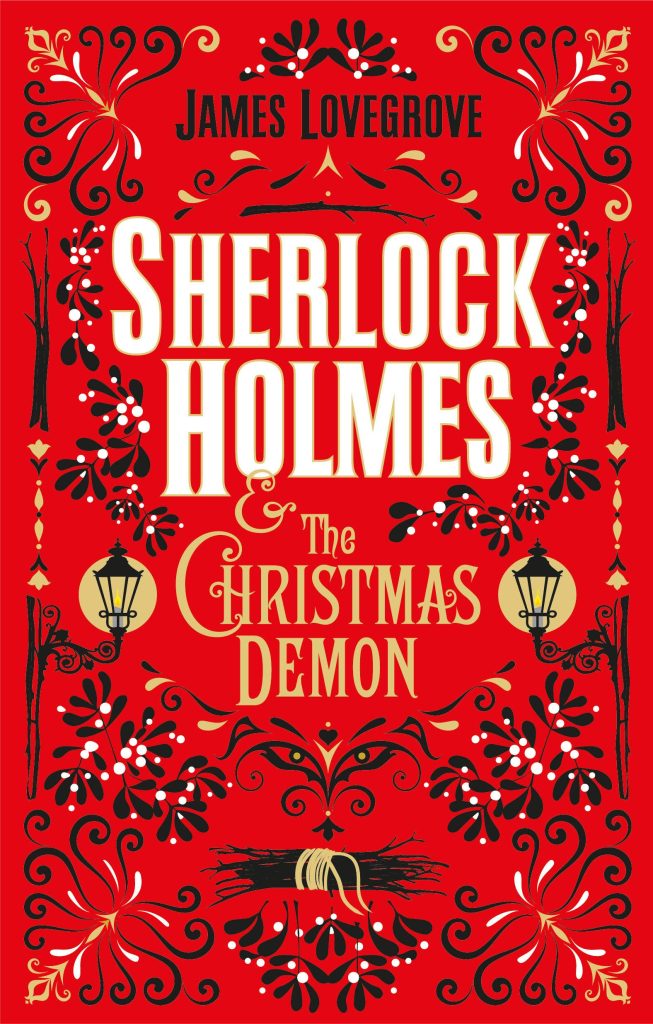 Sherlock does it again in this Christmastime caper set in a expansive castle in Yorkshire England. Someone is seeing ghosts and creatures of children’s fables. But, is everything as it seems? You’ll just have to read to find out!