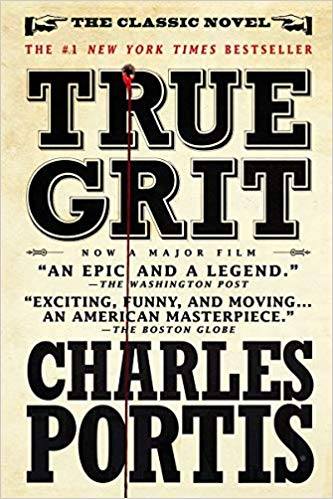 Many of us are familiar with the movie True Grit that came out in 2010, and some are acquainted with the original movie starring John Wayne, but many people have never read the novel. I have seen both movies and read the book just recently and find, despite the fact that the Duke is in the first movie, that the 2010 movie is the most faithful to the novel. In the book, Mattie Ross is a 14 year old girl that is full of moxie. She has a task to do and will not be deterred by her age. The language is very blunt and direct, just as you would suspect a 14 year old would be if she had taken it upon herself to find her father’s murderer. The language seams much older when spoken by a 14 year old actor, giving the character plausibility. Unlike Kim Darby who played the role in 1969, who was divorced with a child. Despite the differences in the two movies and the book, I do recommend to read and watch and see for yourself how the two media work together.