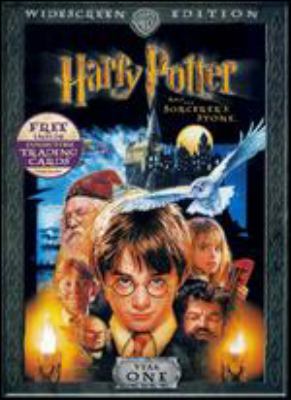 This is the story of the boy who lived. An orphaned eleven-year-old named Harry Potter, who had been living with relatives ever since his parents died, just found out he was a wizard. He gained admission to the prestigious Hogwarts School of Witchcraft and Wizardry. It was the greatest day of his life, since he could leave behind his family who didn’t treat him nicely and be immersed into this new world. Once he is in his new world, he finds out he is THE FAMOUS Harry Potter since he is the only person to survive a deadly curse. And he’s got the lightning bolt scar to prove it.  Over the course of the school year Harry and his friends, Ron and Hermione, go on adventures to solve the mystery of what is being guarded at Hogwarts.

This movie is one of the few successful adaptations of any book.  All of the people involved captured everything is the book visually perfectly.  When the camera scans and shows Hogwarts for the first time it was exactly how I pictured it.  For anyone who didn’t the read the books first, this movie was the start of a phenomenon.  After watching the first Harry Potter the viewer can see how the book itself could capture the imagination of so many kids and get them to read.