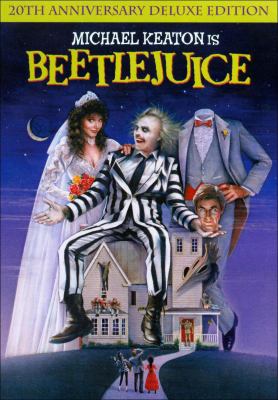 This movie follows the lives/deaths/lives of a young couple, Adam and Barbara Maitland, who have died in an accident. Their beloved home has been sold to a couple, and their young daughter, who are escaping New York City life for the idyllic country life.

Conflict begins when the New York wife and her assistant wishes to make drastic changes to the ghosts’ beloved home. They try and scare the family away with no success…in fact the eccentric adults in the movie wish to profit on the fact the house is “haunted.

Meanwhile, the dead family begin to have a friendship with the live couple’s daughter who is often ignored by her parents. Winona Ryder plays the daughter who can see the dead couple and tries to help resolve conflict between the live and dead couples in order to stay in her new home and keep her new found friends.

(Michael Keaton) Beetle Juice is an OBNOXIOUS poltergeist who claims he is trying to help the dead couple rid the home of the living, has an agenda. After repeated warnings as to NOT have him help, the dead couple reluctantly consider his help. Although they immediately wish they hadn’t! Throughout the movie, the dead couple are trying to put the “cat back in the bag.”

The movie is a cute Halloween classic! Michael Keaton is EXCELLENT in his portrayal of the main antagonist! His antics are hilarious and I can’t imagine anyone else playing him. The movie is not particularly scary, maybe for younger kids. Alec Baldwin and Geena Davis are good at playing the frustrated dead couple. Winona Ryder plays the perfect “goth” pre-teen who befriends the Maitlands. 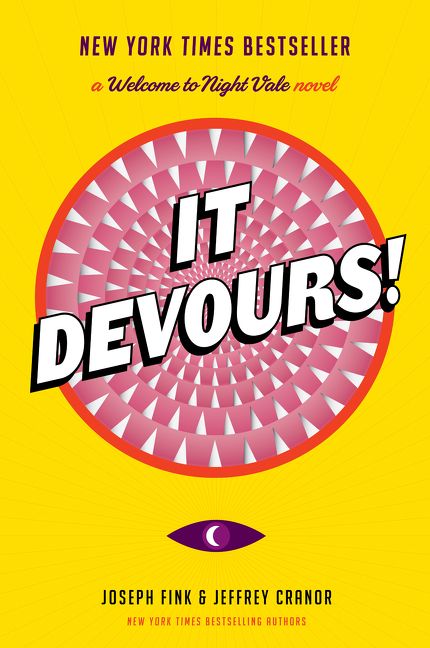 Mysterious pits are appearing throughout the desert town of Night Vale. At first they were out in the desert, but when one pit takes the home of Larry Leroy (and Larry Leroy), the scientists get involved. Lead scientist Carlos believes the pits are warnings from the City Council to stop his research into the desert otherworld (an alternate dimension accessible from the House That Does Not Exist). He assigns Nilanjana to investigate the pits and a possible connection with The Joyous Congregation of the Smiling God. What she finds is a test of faith, love, and science.

Filled with monsters both human and inhuman, this book leans into the horror genre with a heavy dash of humor and weirdness. It Devours sits at the cross-section of Twin Peaks, Eureka, and The X-Files. The plot is tight and always a surprise as it twists and turns. The characters (both old and new) are wonderful, giving fans of the podcast and new readers alike the opportunity to dig deep into Night Vale lore. The great thing about this book is that you don’t need to have any familiarity with either the “Welcome to Night Vale” podcast or the previous book of the same name. You can dive right in and sail away on this crazy ship. Cecil Baldwin, who narrates the podcast, also narrates the audiobook, so I recommend reading the book in audio format. 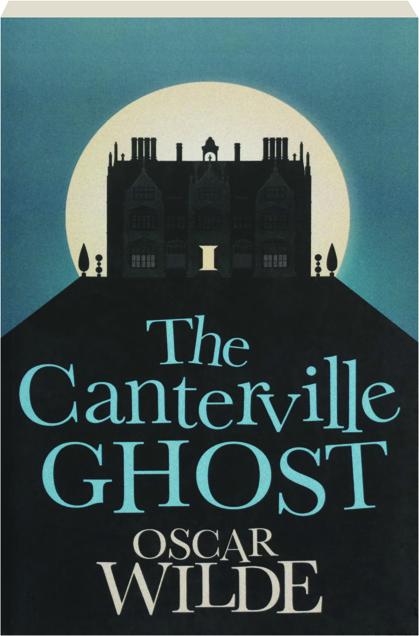 The Ghost of Canterville Chase has been haunting the Canterville family for over three centuries when the American Minister and his family move into the home. Mr. Otis and the family are doubtful of the Ghost’s existence until a blood mark on the library floor keeps reappearing every morning, even though the room was locked. While convinced of the Ghost’s existence, they remain unmoved by the whole situation. Mr. Otis offers the Ghost some grease to help with his squeaky chains. After the Ghost yells and screams in an attempt to frighten the Otis clan, Mrs. Otis offers him some cough syrup. The Ghost is incredibly depressed by all of this and devises a plan to get them back once and for all.

This book is utterly delightful. I laughed so hard while reading it. The poor Ghost keeps recollecting successful frights of the past, only to be confronted by the impassable practicality of the American family. My dad tells me the film version is just as much fun, so I will have to check that out as well.