Madeline Miller’s sophomore novel, Circe, is moving in both scale and depth. The story is Miller’s reimagining of the Greek mythology featured in Homer’s Odyssey, as told through the eyes of the witch, Circe. The book is a striking exploration of the universal struggle women face in claiming their power, as well as the suffering that unfolds when they are entrapped and the beauty that unfolds when they break free. 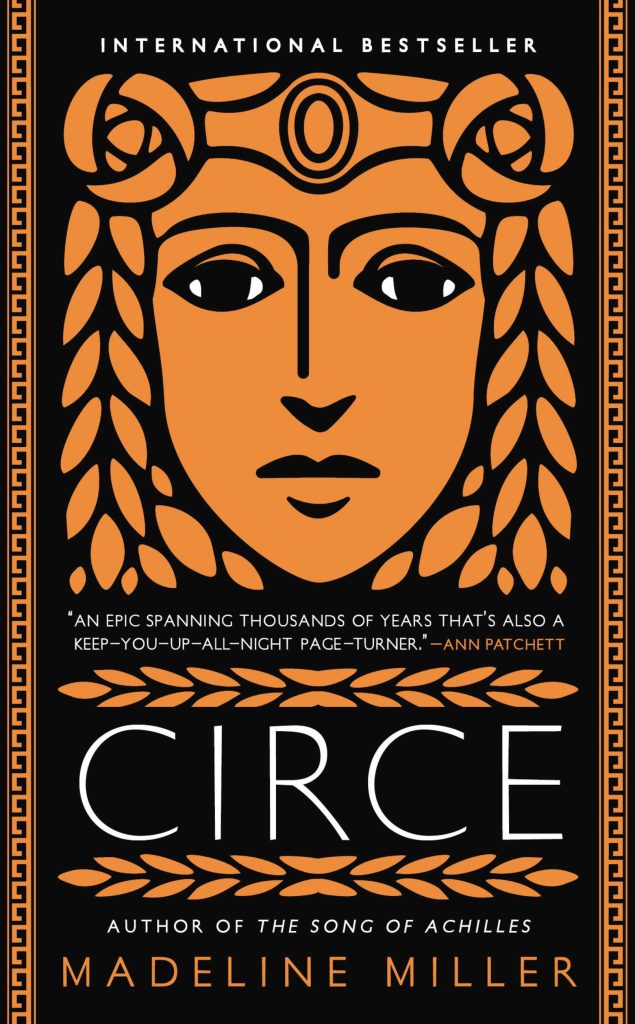 Having made the mistake of angering her father, Helios, by turning her mortal lover into a god (and then transforming the nymph he chose over her into a sea monster), Circe is banished to the isle of Aiaia. Initially, she finds a sort of solace there, but ultimately realizes that even there at the end of world she isn’t safe from assault in all forms, as both gods and men continue to involve her in their games.

Miller expertly displays the nuances and complexities of the human condition by imagining what may have motivated Circe to do the seemingly evil things she did (including turning sailors who were shipwrecked on her island into pigs). She invites us to consider the importance of what we don’t know when it comes to judging our fellow humans’ behaviors.

But it’s in Miller’s poignant descriptions of the complex emotions and experiences inherent in motherhood that we are blessed most by her talent with words. Upon seeing her sleeping child (a son she bore by Odysseus), Miller imbues Circe with:

“a love so sharp it seemed my flesh lay open. I made a list of all the things I would do for him. Scald off my skin. Tear out my eyes. Walk my feet to bones, if only he would be happy and well.”

Circe is a moving tale of the power of compassion, of personal growth, and ultimately of love. 5/5, highly recommend. 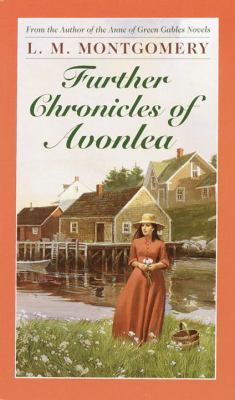 Further Chronicles of Avonlea inspired the television show Road to Avonlea. While the characters and settings vary in the book in the show the short stories inspire episodes and the plot is about the King family. I love this collection of short stories. It is sweet, simplistic, and old-fashioned. This book is family-friendly while providing transcendent wisdom! 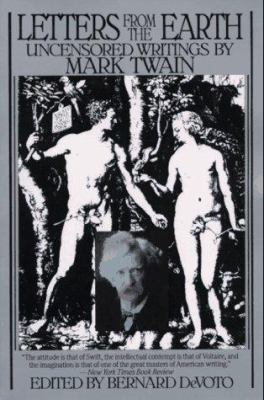 This is a collection of short pieces written by Twain and unpublished until 1938. As a fan of Twain, this is fantastic. The title story was the first in the collection. I understand that many will regard it as a work of genius due to the level of satire it exhibits, however it simply struck me as bitter: the satire was so scathing, so angry, that it was quite off-putting. The rest of the stories I enjoyed. Some were incomplete since Twain had a habit of not finishing every story that he started. I especially enjoyed “Letter To The Earth” in which a regular human receives a letter from heaven in response to a prayer. The letter has everything quantified, it reads more like a report from an accountant. Very funny.

I definitely recommend this book for any fan of Twain. I’m not sure this would be the best introduction to Twain’s work, for it is not necessarily his typical work. There’s not as much of the playfulness that one finds in Tom Sawyer or “The Celebrated Jumping Frog of Calaveras County.” Still, good times wait within for anyone who wishes to read this book. 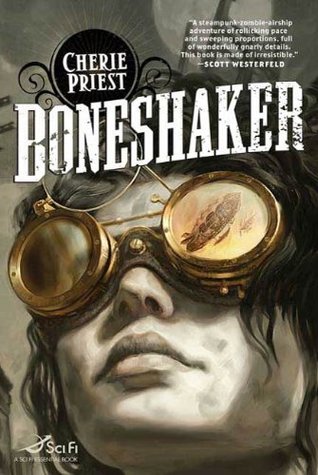 This is a steampunk zombie novel. The Boneshaker is a machine meant to drill deep into the frozen earth of the Kodiak to mine gold. Designed by Leviticus Blue, he went about testing it in his home-town of Seattle before the Russians came to claim their machine. The machine got loose and drilled deep into the city and released the blight from the ground. The blight is a poisonous gas, and it kills people and leaves them undead, rotters.

Fast-forward about fifteen years from the day the Boneshaker took it’s toll on the city and we find a wall has gone up in Seattle separating the clean part of the city from the blight-ridden territory. Briar is the widow of Leviticus Blue, but uses her maiden name Wilkes due to the infamy associated with the name of Blue. Her son Zeke was born the day the wall went up, and is extremely curious about his father and grandfather. Briar doesn’t tell him much, if anything, in order to protect him. In a foolish move of epic proportions, he decides to go on the other side of the wall to discover what he can about his father’s role in the whole business. Several hours later, Briar notices her son’s absence and goes in after him.

It takes near to the end of the book before they finally reunite. Both encounter a wide variety of characters and have a few run-ins with rotters. Both hear rumors about a Dr. Minarecht who may or may not be Leviticus Blue. I listened to the audio version narrated by Wil Wheaton and Kate Reading. I love Wheaton, but I had a hard time enjoying Reading’s narration. Ironic, because her part of the story (Briar’s) was far more interesting than Wheaton’s (Zeke’s).

The world is painted fantastically. The combination of steampunk and alternate-history and zombies, er, rotters, was wonderfully wrought. If these are element you enjoy, take a dive into Seattle’s Blight in Boneshaker. Just remember to wear your mask. 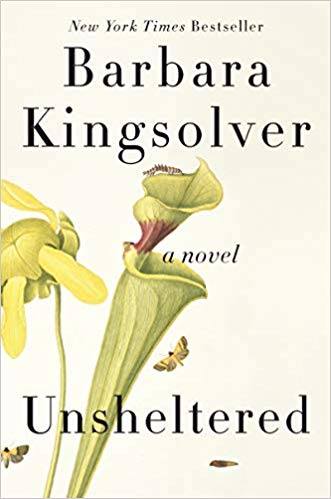 One of the things I have always loved about Kingsolver’s novels is that she has a way of looking at both sides of an issue and making them both seem to be the correct opinion. In Unsheltered, she does something a little different, instead of looking at two sides of an issue in modern times, she looks at an issue in two different centuries. She follows two families living in the same house in these two different centuries and the plights of the women, one in the past trying to move forward in her status as a feminist, and one today being forced to move back into a more domestic simpler life style. Though I find this paradox compelling, I found that this novel did not completely fulfill the look at both issues or make clear just what the issues are. Maybe that is a sign of the times we live in, the confusion and uncertainty of the world, but I am confused in my reading of the daily news and would prefer clearer answers in my escape reading. 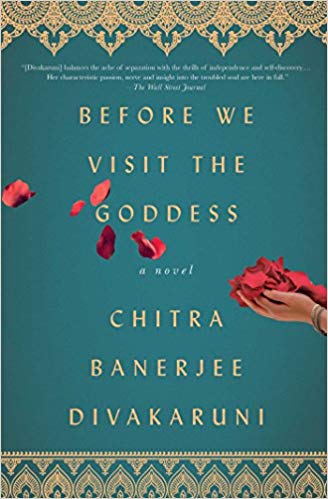 This book takes the reader through the lives of three generations of Indian women, starting with Sabitri who was born poor in Bengal province yet lived to see her dream of a sweet shop in Kolkata take flight. Her daughter, Bela left India when she eloped with Sanjay to the United States. Bela’s daughter Tara dropped out of college after her parents split up, but got back on track after a harrowing experience with a stranger.
I love books like this, which move across points of view and time to fill in the greater story. Sabitri was my favorite character, though I also really liked Mrs. Mehta and wish she had a greater presence in the book. The story is about disappointment and failed dreams and how they can have generational effects. The book ends on a hopeful note, and is beautifully told. I recommend this to anyone who enjoys books about mothers and daughters.