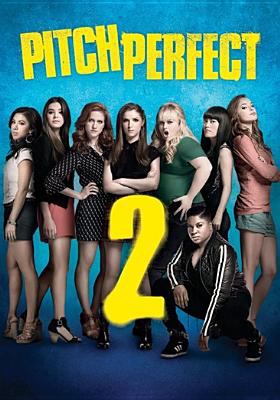 With the second installment of the Pitch Perfect trilogy, Barden Bellas leader Beca and the other young ladies find themselves banned from performing in the ICCA’s due to a scandal dubbed “muffgate.” During a performance in front of President Obama, Fat Amy accidentally rips her pant thus exposing herself to the president and the world because she is not wearing any underwear. Beca convinces the university and acapella heads that they become reinstated if they win the world acapella championships. However, German group by the name of Das Sound Machine (DSM) is their biggest competitor.

In the meantime, a freshman is interested in following in her mother’s footsteps by becoming a Bella. Emily is more interested in writing music. The girls accept her as they continue on their goal into winning the world championships. However, the girls are fighting and having a hard time finding their “sound” again so they enroll in a “boot camp” run by Barden alum Aubrey Posen. While there the girls discover that senior Beca has been interning at a music production company. She has been trying to figure out her future and she doesn’t understand why the other seniors aren’t being more proactive. During one of the last evenings at camp, around the campfire, the girls discuss their hopes, fears, and future plans. They have found their “sound.”

They make their way through various competitions and find themselves back on top. Can they end up taking home the trophy and get their Barden Bella group back?

The second installment of this fan favorite was again fun and entertaining. The music was good again and most of the actors from the first movie are in this one including love interests Jesse (dating Beca) and “Bumper Allen” (who had dated Fat Amy), a security guard at Barden university. John Michael Higgins and Elizabeth Banks make their appearance in this movie as commentators again. The audience gets a treat with the amusing outtakes in the end. This movie wasn’t as strong as the first one as far as storyline. It was not as realistic but still enjoyable to watch.