Another sad day dawns in the literary world. Celebrated author, feminist, and activist, bell hooks, passed away on Friday, December 15, 2021. 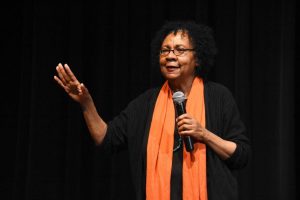 Here at the library, we remember her timeless contributions to the literary and activist worlds.

Ain’t I a Woman? Black Women and Feminism 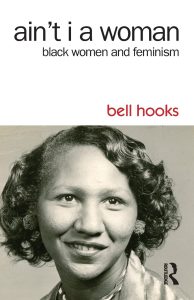 A must-read for anyone interested in the nature of what it is to be a black woman, Ain’t I a Woman examines the impact of sexism on black women throughout our history. From slavery to the modern devaluation of black womanhood, bell hooks also touches on the ways that black male sexism and white feminists add to the burden they carry. It is truly a groundbreaking piece of scholarship. 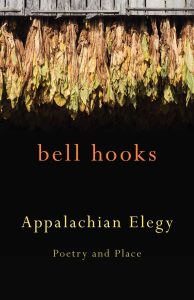 In this poetry collection, bell hooks writes creatively about the harsh life she lived and witnessed in Kentucky during her childhood. A poignant look into the life she lived in rural Kentucky, Appalacian Elegy is also an honest examination of the marginalization and slow erasure of a culture.

Communion: The Female Search for Love 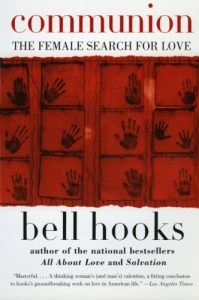 This book examines the unique intricacies and challenges faced by women today who are searching for love. bell hooks walks us through the journey women have walked through the various stages of feminism and how those stages have impacted their quest for true communion. 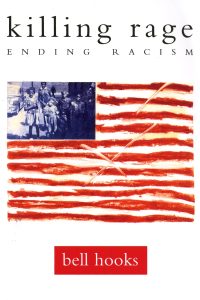 In this book, bell hooks looks at the ways in which racism and sexism are inseparable; so long as one thrives, the other thrives and to kill the one, one must kill the other. A collection of twenty-three essays that explore how women (and especially black women) have been excluded from dialogues on how to end both racism and sexism, Killing Rage: Ending Racism is a book we all need to read.

The Will to Change: Men, Masculinity, and Love 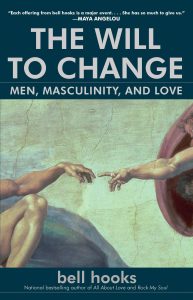 This book is based on several in-depth, intimate discussions bell hooks had with men. It challenges stereotypes of what men truly want in their pursuit of connection and invites men to reclaim their feminine side which has been so ardrently smothered by modern toxic masculinity. A book both for men seeking to find their… well, will to change, and women wanting to understand their men better, The Will to Change invites all readers into a deeper understanding of the need for healthy masculinity.

A light in the literary world has gone out. On Saturday, December 11th, 2021, Anne Rice, award-winning author of more than thirty Gothic novels, passed away. Today, we remember her and some of the beloved works she brought to life.

Interview with the Vampire

One the more popular books Anne Rice is known for authoring, this book follows a reporter 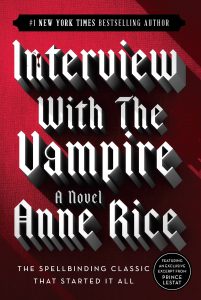 as he interviews Louis, a 200-year-old vampire, and learns about his life, his loves, and his heartbreaks. Though Rice is best known for writing this novel (thanks, in part, to the 1994 movie featuring heart-throbs Tom Cruise and Brad Pitt) did you know there are twelve more books in her Vampire Chronicles series? Check them out here. 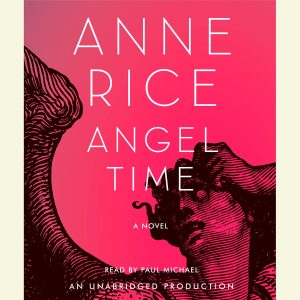 The first in a series of two books, Angel Time is the story of Toby O’Dare, a hired assassin who is given the chance to forge a new path when he meets a mysterious seraph. Set in thirteenth-century England, when children are vanishing and turning up dead amongst accusations of religious involvement, this book explores such topics as faith and loyalty, love and sacrifice. 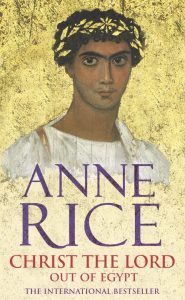 Christ the Lord: Out of Egypt

In this novel about the early years of Jesus of Nazareth, based on the Gospels, Anne Rice explores the life of Jesus as a child. Narrated by Yeshua himself, the novel follows a year of his life during which his family finally return to Nazareth after a year in exile in Egypt during the reign of King Herod. It is the first of two novels in this series. 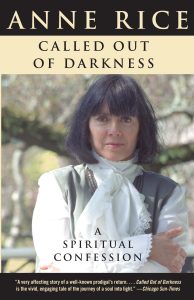 Called Out of Darkness: A Spiritual Confession

In this memoir, the author leads us from her Irish Catholic roots in New Orleans, through the beginning of her writing career, as she explored her own battles to understand her faith and lack thereof. Rice also presents an intimate look into the grief that overcame her when she lost both her daughter and later her husband. Finally, Rice walks the reader through her later decision to return to her Catholic faith, and how it impacted her writing thereafter.

The Mummy, or Ramses the Damned 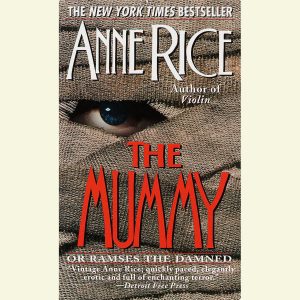 In this book, the first of two in the series, Rice brings Egyptian pharoah, Ramses, back to life. In Edwardian London, Ramses is reawakened and takes on the personage of Dr. Ramsey, Egyptology specialist. But having drunk the elixer of life, he is forever damned to live for eternity, incapable of fulfilling his unquenchable desire for food, for women, for wine.