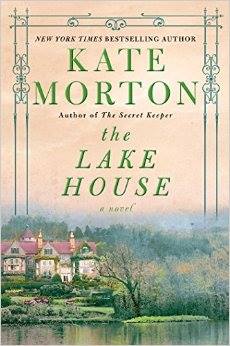 I have never been a great fan of mysteries. I find that I know who did it very quickly and that ruins it for me. And this book was no different. By page fifty I knew who did it and how. By the last chapter, I didn’t. How could this happen? Kate Morton weaves a tail so well over many generations of the same family that I could not figure out who did it (until almost the end.) When Alice is in her teens her baby brother is kidnaped and presumed dead. Many of her family had reason to be guilty, but Alice is a writer and wrote a kidnap plot in her book. Did someone follow it? I thought so, maybe you should just read this book yourself and see if you do any better than I did.

This book is the first in the Aurora Teagarden mysteries, a series about a small-town Southern librarian who is a member of a group that discusses true crimes: Real Murders. But what happens to the group when members start to be killed off, in the same manner as famous murders that they discuss in their meetings? I appreciate that the killer was not the obvious red herring. Though, I still had my money on someone else. Oh, well. That’s why I’m not a detective. Or a writer. On the whole, it was an entertaining book and a quick read, but I wasn’t swept away. Charlaine Harris’ approach to race was a bit problematic, and I’d be remiss in not mentioning it, mostly because she tended to sweep it under the rug herself. There was only one person of color in the story and most, if not all, of his dialog occurred “off-camera,” as though the author found writing a black man a little too complicated and decided to skip that bit. I come to this conclusion because there is a bit where Aurora talks about a local mayoral race and says that it’s a good thing that none of the candidates are black this year, since that always complicates matters. Yeahhhh. To give the author the benefit of the doubt, the book was written 26 years ago, and her more recent books, like the Southern Vampire series (TV’s True Blood), are far less problematic. She’s grown as a writer since Real Murders. While I probably won’t read another of Aurora’s adventures, I am reminded that I’m far behind in Harris’ vampire series, so I’ll be looking into that again soon.
P.S. There’s apparently a Hallmark movie adaptation of this book, so maybe have a look at that too.
Review by Jessica A.