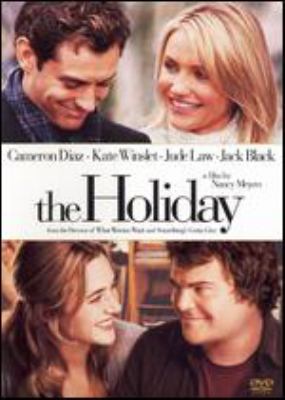 Iris Simpkins (Kate Winslet) and Amanda Woods (Cameron Diaz) are two young women who have recently been jilted by their boyfriends. Being that it is the holidays, they are wanting a change of scenery. The two decide to swap homes. Iris lives in London while Amanda lives in L.A.

While in Iris’ home, Amanda is approached by Iris’s brother Graham (Jude Law) who is wishing to stay the night after partying hard at a local pub. Unbeknownst to Amanda, he has two little girls he is raising alone because he is widowed. Although the two don’t wish to have any further involvement, after sleeping together that first night, they can’t seem to stay away from each other.

Iris, who is still emotionally devastated by her recent break up to her boyfriend Jasper, finds it hard to get over him. This proves to be difficult because he constantly wishes for her opinion as an author. Iris meets an elderly neighbor who helps her see how strong of a woman she is through viewing strong female characters in film. Arthur SHOULD be an expert due to the fact that he was an Oscar-Winning screenwriter during the Golden Age of Film. She also meets a lovable musician named Miles who is currently dating Maggie, an aspiring actress.

A lot can happen in two weeks’ time, what do these young women do when they find themselves falling for men who are half a world away?

As with most Nancy Meyers romance films, this one is very light and airy. It has become a holiday favorite for those who love this genre. 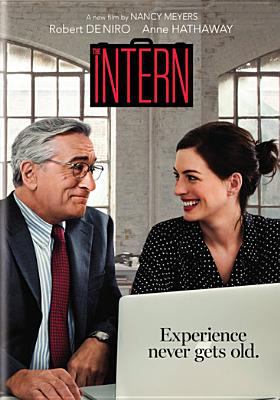 This Nancy Meyers movie features Robert De Niro as Ben Whitaker, a widower who is wanting something more with his life. He answers a flyer about a senior internship at a internet retail clothing company.

The company is owned and run by Jules Austen (Anne Hathaway) who is being encouraged to find a CEO for her overly successful company. She reluctantly agrees to work with her new senior intern. (DeNiro)

As the movie progresses, Ben works well in the company and is well liked. He also befriends several younger employees and begins to date again. Jules is continually trying to juggle being a mother, owner/manager, and wife. She tends to be a bit uptight while trying to do this, however, De Niro is slowly cracking through her exterior and befriending her, encouraging her all the while.

I enjoyed the movie. It was one of these Carpe Diem, loosen up, try to enjoy life/believe in yourself, “go girl” type of movies with an unexpected girlfriend role but played by a male. Romance was also woven through the story. I enjoyed De Niro as a loveable grandfather-type. (Not onry grandpa…that’s another movie 😁).