Show us your Baby Yoda library card and borrow one of these Star Wars books to read at home! If you don’t have a Baby Yoda card, just ask anyone at the Danville Public Library and we can get you your first library card, or upgrade you to a new one with a cute, green little alien. (Of course, if you’d prefer to keep your old library card with the picture of the building on it you’re welcome to check these books out too.) 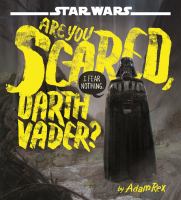 Roan’s one dream is to leave home and attend Pilot Academy like his older brother, father, and grandfather. But just as Roan is mysteriously denied entrance to Pilot School, he is invited to attend Jedi Academy–a school that he didn’t apply to and only recruits children when they are just a few years old. That is, until now. Under the tutelage of Master Yoda, he learns that he possesses more strength and potential than he could have ever dreamed. Oh, and he learns other important things too–like how to make a baking soda volcano, fence with a lightsaber, slow dance with a girl, and lift boulders with the Force. 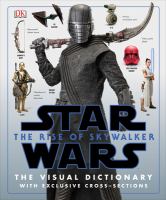 Features the fascinating characters, planets, vehicles, and aliens that the heroes of the Resistance will encounter in their battle to defeat the First Order. Delves into the backgrounds of the new characters seen in the movie, as well as providing in-depth, updated character profiles of beloved Star Wars heroes, such as Rey, Poe, and Finn. The book also contains a handy visual recap of the events of Episodes VII and VIII, and stunning cross-section artworks of key vehicles.

Light of the Jedi / Charles Soule.

“It is a golden age. Intrepid hyperspace scouts expand the reach of the Republic to the furthest stars, worlds flourish under the benevolent leadership of the Senate, and peace reigns, enforced by the wisdom and strength of the renowned order of Force users known as the Jedi. With the Jedi at the height of their power, the free citizens of the galaxy are confident in their ability to weather any storm. But the even brightest light can cast a shadow, and some storms defy any preparation. When a shocking catastrophe in hyperspace tears a ship to pieces, the flurry of shrapnel emerging from the disaster threatens an entire system. No sooner does the call for help go out than the Jedi race to the scene. The scope of the emergence, however, is enough to push even Jedi to their limit. As the sky breaks open and destruction rains down upon the peaceful alliance they helped to build, the Jedi must trust in the Force to see them through a day in which a single mistake could cost billions of lives. Even as the Jedi battle valiantly against calamity, something truly deadly grows beyond the boundary of the Republic. The hyperspace disaster is far more sinister than the Jedi could ever suspect. A threat hides in the darkness, far from the light of the age, and harbors a secret that could strike fear into even a Jedi’s heart”

In the first of six novels set during the era of the Clone Wars, Master Mace Windu returns to his Separatist-occupied homeworld to investigate the disappearance of his former Padawan, Depa Billaba, who had been working as an undercover agent, and stumbles upon dark rumors of a massacre deep in the jungle that make him fear that Depa has succumbed to madness or to the dark side.

Traces the origins of Thrawn, one of the most ruthless warriors in the Galactic Empire, and the events behind his rise in the Imperial ranks.