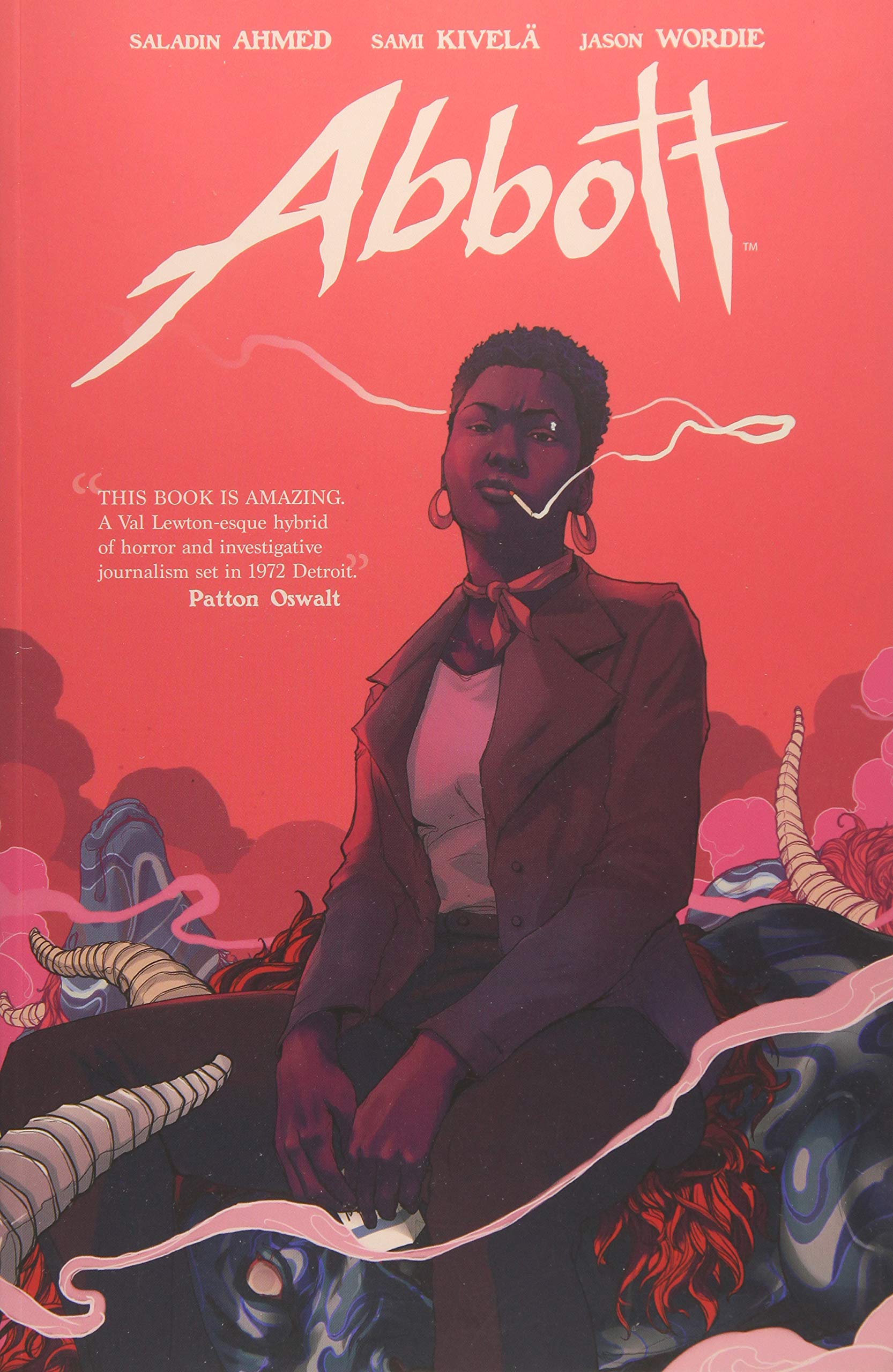 We’re gearing up for Comic Con with comic reviews this week and next. Danville Public Library’s Comic Con is May 4 10:00 a.m. to 1:00 p.m.
As a black woman in 1972 Detroit, Elena Abbott has a lot working against her, but she refuses to let anything get in the way of her work as an investigative journalist. Determined to shine her light on the stories of the oft-forgotten, she works tirelessly to solve some very strange murders that have been written off by the police as weird gang violence. Abbott knows this has nothing to with gang warfare and everything to do with the mysterious death of her husband and an evil force called the Umbra.
This supernatural crime thriller has everything you could want in a story: a woman who is strong and capable yet still vulnerable, a diverse cast, people who are more than they seem, and an ending that leaves the reader satisfied while still wanting more. Seriously: I hope Ahmed plans on writing more, because I definitely want to follow Abbott wherever she goes.