During the pandemic many of us lost friends, either to illness or from changing life circumstances causing us to drift apart. Or perhaps the pandemic made you realize how much you needed to make new connections with people who would be there for you when times got rough. If this sounds familiar to you, National New Friends Day is the holiday for you. Looking for a new place to find friends? Library programs are a great way to meet people, and the library has a great community board to connect you to places to meet friends. 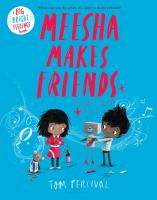 Meesha doesn’t know quite what to do, what to say, or when to say it, and she struggles reading and responding to social cues. But one day, she discovers that she has a special talent that will help her navigate challenging social situations and make friends. 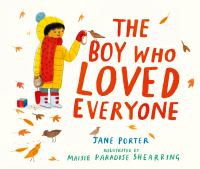 The boy who loved everyone / Jane Porter ; illustrated by Maisie Paradise Shearring.

One year after the fire that claimed her parents’ and cousin’s lives and left her severely disfigured, sixteen-year-old Ava faces the return to high school.

Three girls come together on the island of Sawkill Rock, where girls have been disappearing for decades, stolen away by a ravenous evil no one has dared to fight until now.

Serena Singh is tired of everyone telling her what she should want-and she is ready to prove to her mother, her sister, and the aunties in her community that a woman does not need domestic bliss to have a happy life. Things are going according to plan for Serena. She is smart, confident, and just got a kick-ass new job at a top advertising firm in Washington, D.C. Even before her younger sister got married in a big, traditional wedding, Serena knew her own dreams did not include marriage or children. But with her mother constantly encouraging her to be more like her sister, Serena can not understand why her parents refuse to recognize that she and her sister want completely different experiences out of life. A new friendship with her co-worker Ainsley comes as a breath of fresh air, challenging Serena’s long-held beliefs about the importance of self-reliance. She has been so focused on career success that she has let all of her hobbies and close friendships fall by the wayside. As Serena reconnects with her family and friends-including her ex-boyfriend-she learns letting people in can make her happier than standing all on her own.

Big friendship : how we keep each other close / Aminatou Sow, Ann Friedman.

Two of the nation’s leading feminists and hosts of the hit podcast “Call Your Girlfriend” make the bold and compelling argument that a close friendship is the most influential and important relationship a human life can contain-helping you improve as a person and in your relationships with others. 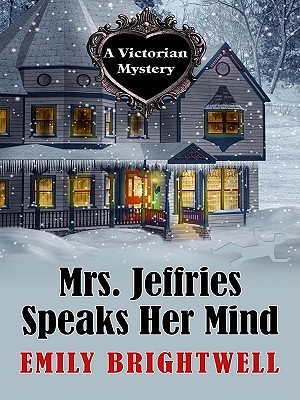 Set in the turn of the 20th century, the household of Inspector Witherspoon secretly gather clues to help their inspector solve murder crimes in London. If you enjoy the time period and British “talk,” you’ll love following the group’s investigations and interactions! 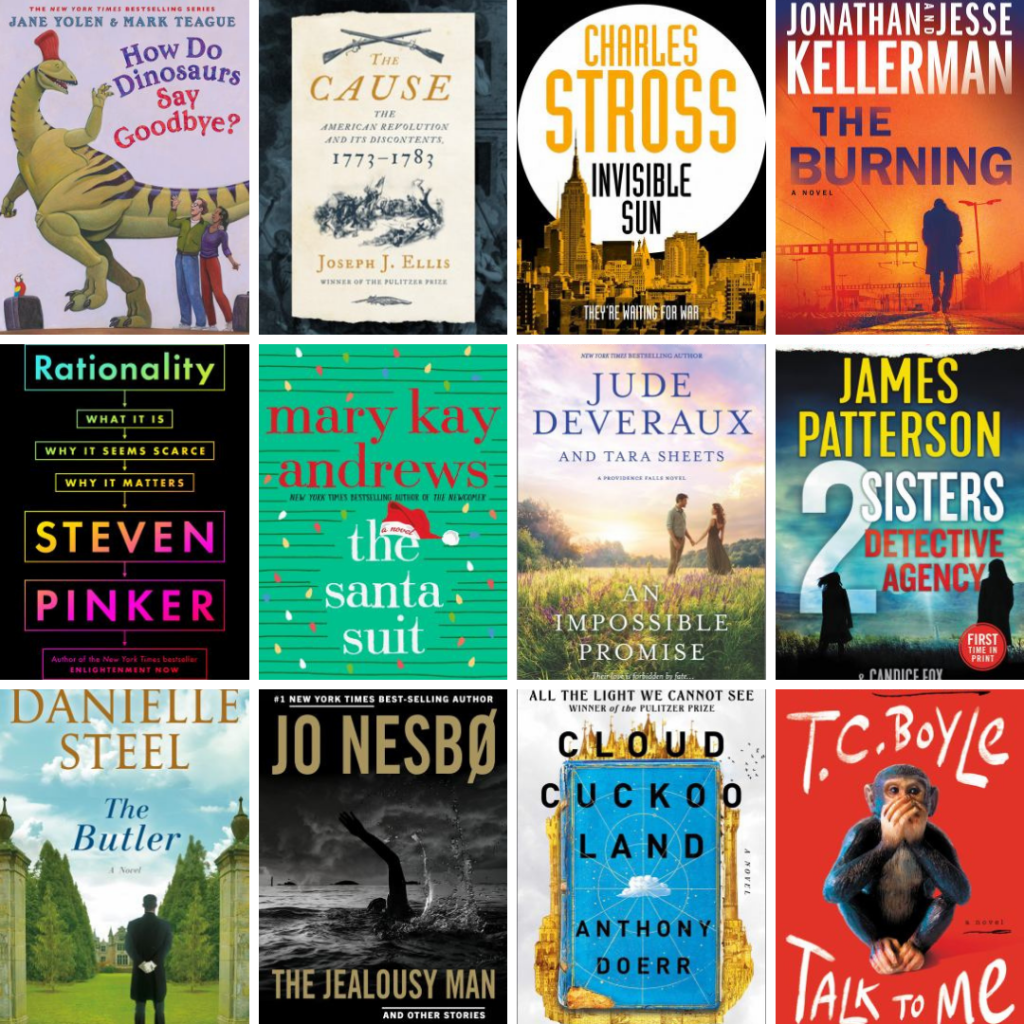 Check out what’s new at the library. 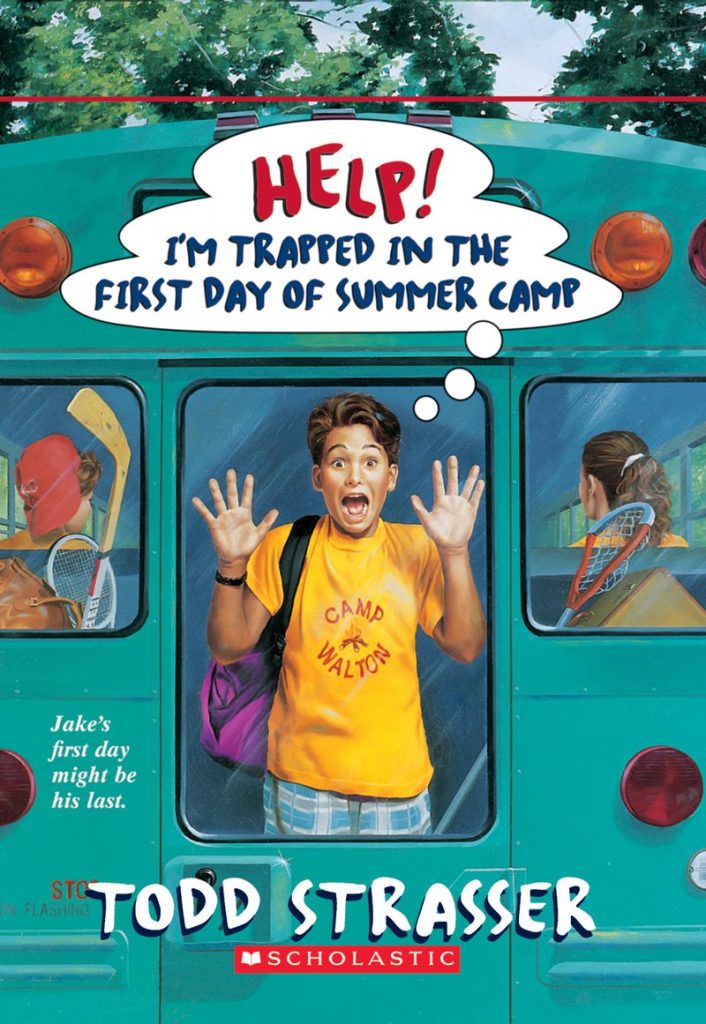 A boy goes to camp and has a dream that he keeps having to do the first day over and over again. He has to make friends with a loner while bullies from their cabin pick on him and another small boy.

Do you have a young child at home and want educational entertainment for them? BookFlix has you covered! Explore a large selection of picture books read for you and your child with subtitles so you can follow along. BookFlix features fun fiction books for fostering a love of reading paired with colorful non-fiction books to learn about all sorts of things. From learning their ABCs to learning about George Washington, you can trust BookFlix to have child-friendly educational content to watch together.

BookFlix also has a selection of books in Spanish! Perfect for language learners, Spanish speakers or bilingual families to enjoy.

To use BookFlix from home use your library barcode to sign in. If prompted for a password, try the last 4 digits of the phone number you used to sign up for your library card.

It’s Spooky Season! Get into the mood with these tales of of the creepy and macabre.

Ryusuke returns to the town he once lived in because rumors are swirling about girls killing themselves after encountering a bewitchingly handsome young man. Harboring his own secret from time spent in this town, Ryusuke attempts to capture the beautiful boy and close the case, but … Starting with the strikingly bloody “Lovesickness,” this volume collects ten stories showcasing horror master Junji Ito in peak form, including “The Strange Hikizuri Siblings” and “The Rib Woman.”

Vern escapes the religious compound where she was raised and gives birth to twins in the forest, raising them away from the influence of the outside world. Her community won’t let her go that easily, however, and as they pursue, she breaks the boundaries of humanity, changing her body in uncanny ways in order to protect her family.

Lynnette Tarkington is a real-life final girl who survived a massacre twenty-two years ago, and it has defined every day of her life since. And she’s not alone. For more than a decade she’s been meeting with five other actual final girls and their therapist in a support group for those who survived the unthinkable, putting their lives back together, piece by piece. That is until one of the women misses a meeting and Lynnette’s worst fears are realized — someone knows about the group and is determined to take their lives apart again. But the thing about these final girls is that they have each other now, and they will never, ever give up.

My heart is a chainsaw / Stephen Graham Jones.

Jade Daniels is an angry, half-Indian outcast with an abusive father, an absent mother, and an entire town that wants nothing to do with her. She lives in her own world, a world in which protection comes from an unusual source: horror movies…especially the ones where a masked killer seeks revenge on a world that wronged them. And Jade narrates the quirky history of Proofrock as if it is one of those movies. But when blood actually starts to spill into the waters of Indian Lake, she pulls us into her dizzying, encyclopedic mind of blood and masked murderers, and predicts exactly how the plot will unfold.

Eat your heart out / Kelly deVos.

Vivian Ellenshaw is none too happy to find herself forced into a weight-loss camp’s van with her ex-best friend, Allie, a meathead jock who can barely drive, and the camp owner’s snobby son. When they arrive at Camp Featherlite at the start of the worst blizzard in the history of Flagstaff, Arizona, it’s clear that something isn’t right. A camper goes missing down by the lake, and something not human is spotted out in the snow. When Camp Featherlite’s bungalows are overrun with zombies, what starts out as a mission to unravel the camp’s secrets turns into a desperate fight for survival and not all of the Featherlite campers will make it out alive.