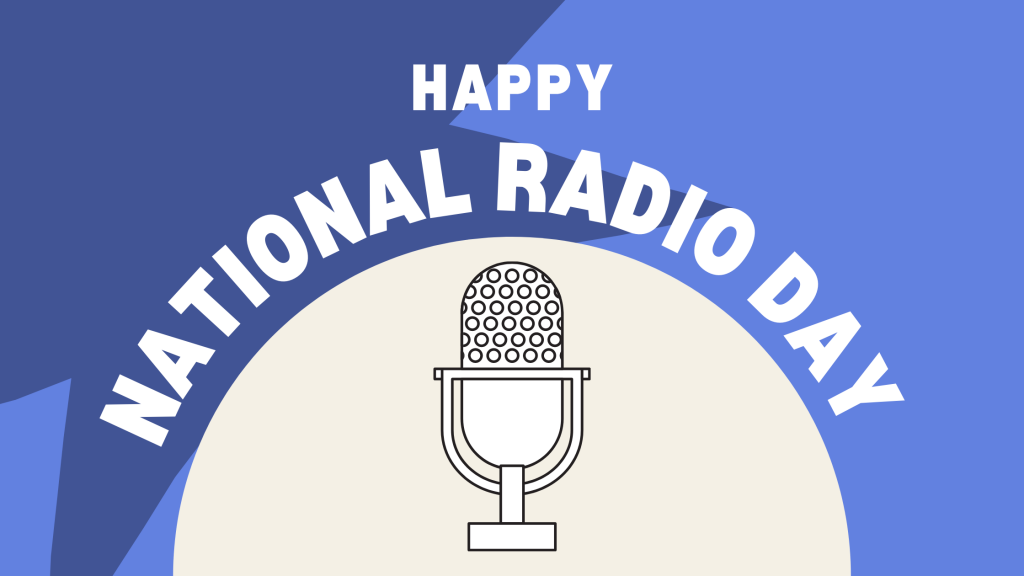 August 20th is National Radio Day! Celebrate with one of these novels with a plot surrounding radio stations and hosts.

Seattle public radio producer can’t imagine working anywhere else. But lately it’s been a constant clash between her and her newest colleague, Dominic Yeung, who’s fresh off a master’s and convinced he knows everything. When the struggling station needs a new concept, Shay proposes a show that her boss green-lights with excitement, The Ex Talk, where two exes will deliver relationship advice. Their boss decides Shay and Dominic are the perfect co-hosts – all they have to do is pretend to be exes. But as the show gets bigger, Shay and Dominic start to catch feelings for each other.

“Hard-hitting talk show host Augustus Seeza has become a household name in Ghana, though plagued by rumors of lavish overspending, alcoholism, and womanizing. He’s dating the imposing, beautiful Lady Araba, who leads a self-made fashion empire. Araba’s religious family believes Augustus is after her money and intervenes to break them up. A few days later, just before a major runway show, Araba is found murdered in her bed. Her driver is arrested after a hasty investigation, but Araba’s favorite aunt, Dele, has always thought Augustus Seeza was the real killer. Almost a year later, Dele approaches Emma Djan, who has finally started to settle in as the only female PI at her agency. To solve Lady Araba’s murder, Emma must not only go on an undercover mission that dredges up trauma from her past, but navigate a long list of suspects with solid alibis. Emma quickly discovers that they are willing to lie for each other-and that one may still be willing to kill”– Provided by publisher.

The Darling Dahlias and the voodoo lily / Susan Wittig Albert.

Spring, 1935 finds the little Alabama town of Darling excited about their new local radio station, WDAR. The Dahlias discover the newest resident at Bessie Bloodworth’s Magnolia Manor is found dead. She had overindulged in a large and very rich chocolate cake-but was something else baked into that cake? If so, one of the Dahlias is likely to find herself at the top of Sheriff Buddy Norris’ suspect list. There’s plenty more to keep the tongues wagging.

Faith Finley has it all: she’s a talented psychologist with a flourishing career, a bestselling author and the host of a popular local radio program, Someone’s Listening, with Dr. Faith Finley. She’s married to the perfect man, Liam Finley, a respected food critic. Until the night everything goes horribly wrong, and Faith’s life is shattered forever. Liam is missing–gone without a trace–and the police are suspicious of everything Faith says. And then the notes ripped from Faith’s own book, the one that helps victims leave their abusers, begin to arrive. As the threats escalate, the mystery behind Liam’s disappearance intensifies. And Faith’s very life will depend on finding answers.

Meet Shannon and Jay Lovejoy — the rich and successful power couple who, to the fans of their call-in radio show, seem like they’ve got it all. But after three years, their once passionate and loving romance has fizzled and the couple’s divorce becomes embroiled in not only a mess of infidelity and deceit, but the untimely and shocking death of Jay’s mistress, as well.