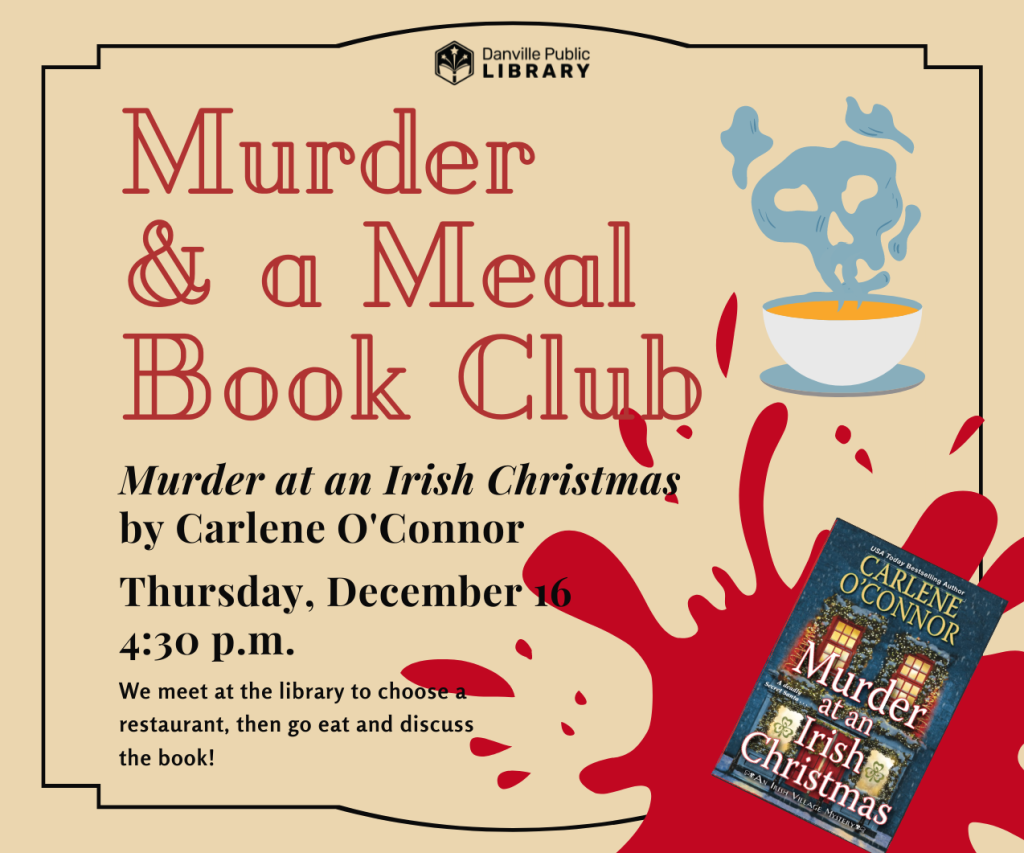 Our murder mystery book is rebranding itself to include dinner (because who doesn’t love a good meal while discussing murder?)

We meet in the 2nd Floor Conference Room to decide on a restaurant and then go out for dinner and book discussion!

Our December book is Murder at an Irish Christmas by Carlene O’Connor.

hoopla digital also has eBook and eAudiobook editions available with no wait time! 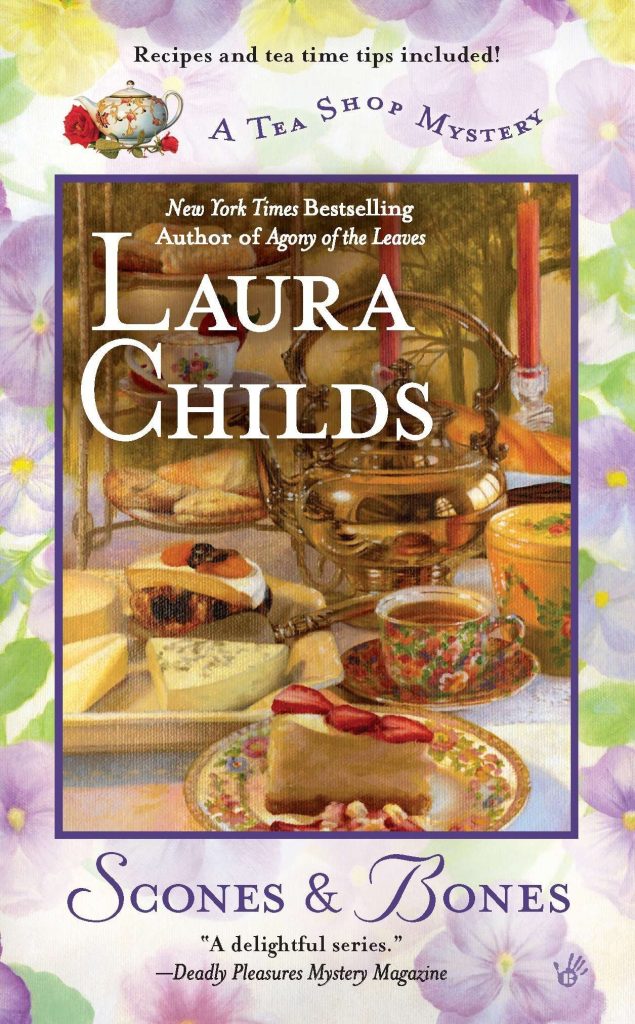 Tea and mystery fans will love the combination of pirate lore and tea time festivities. Come along on an adventure that entangles murder with a rich dose of Charleston, South Carolina’s history and grandeur. Grab a cup of steaming tea and your favorite pastry, and settle in for a cozy read!

Do books excite you so much that you want to read books about people who read books? There are some exciting ones that have been written! Today’s Friday Read’s is a small sample of books written by library lovers for library lovers.

No offense : a novel / Meg Cabot

A broken engagement only gave Molly Montgomery additional incentive to follow her dream job from the Colorado Rockies to the Florida Keys. Now, as Little Bridge Island Public Library’s head of children’s services, Molly hopes the messiest thing in her life will be her sticky-note covered desk. But fate, in the form of a newborn left in the restroom, has other ideas. So does the sheriff who comes to investigate the ‘abandonment’.

The lions of Fifth Avenue : a novel / Fiona Davis

1913. Laura Lyons’s husband is the superintendent of the New York Public Library, allowing their family to live in an apartment within the grand building. She discovers the Heterodoxy Club, a radical, all-female group in which women are encouraged to loudly share their opinions on suffrage, birth control, and women’s rights. But when valuable books are stolen back at the library, threatening the home and institution she loves, she’s forced to confront her shifting priorities head on. Eighty years later, in 1993, Sadie Donovan works as a curator at the New York Public Library. When rare manuscripts, notes, and books begin disappearing from the library’s famous Berg Collection, Sadie teams up with a private security expert to uncover the culprit. However, things unexpectedly become personal when the investigation leads Sadie to some unwelcome truths about her own family heritage.

Irene is a professional spy for the mysterious Library, a shadowy organization that collects important works of fiction from all of the different realities. Most recently, she and her enigmatic assistant Kai have been sent to an alternative London. Their mission: Retrieve a particularly dangerous book. The problem: By the time they arrive, it’s already been stolen. London’s underground factions are prepared to fight to the death to find the tome before Irene and Kai do, a problem compounded by the fact that this world is chaos-infested—the laws of nature bent to allow supernatural creatures and unpredictable magic to run rampant.

By book or by crook / by Eva Gates

Calling on her aunt Ellen, Lucy hopes that a little fun in the Outer Banks sun will help clear her head. But her retreat quickly turns into an unexpected opportunity when Aunt Ellen gets her involved in the lighthouse library tucked away on Bodie Island. Lucy is thrilled to land a librarian job in her favorite place in the world. But when a priceless first edition Jane Austen novel is stolen and the chair of the library board is murdered, Lucy suddenly finds herself ensnared in a real-life mystery

The library of the unwritten / A.J. Hackwith

Books that are not finished by their authors reside in the Library of the Unwritten in Hell. Part of Claire’s, the head librarian, job is to keep restless stories from materializing as characters and escaping. When a hero escapes, Claire must track him down with the help of assistant Brevity and the demon Leto. The simple retrieval goes horribly wrong, when they are attacked by the angel Ramiel, who is convinced they have the Devil’s Bible, a weapon in the power struggle between Heaven and Hell